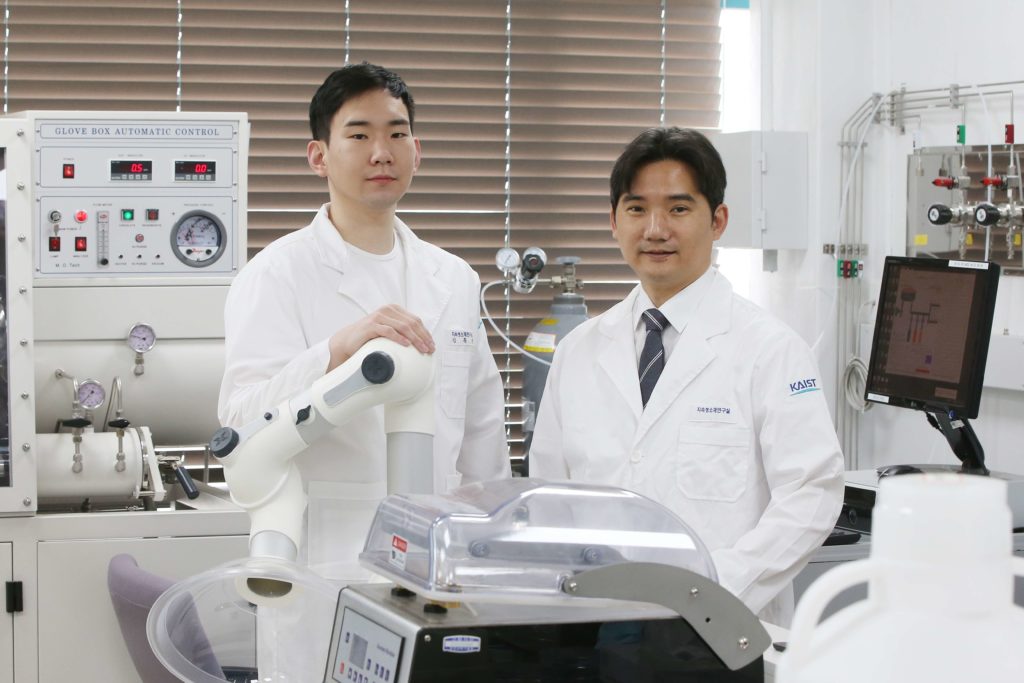 Researchers have developed a visualization method that will determine the distribution of components in battery electrodes using atomic force microscopy. The method provides insights into the optimal conditions of composite electrodes and takes us one step closer to being able to manufacture next-generation all-solid-state batteries.

Lithium-ion batteries are widely used in smart devices and vehicles. However, their flammability makes them a safety concern, arising from potential leakage of liquid electrolytes.

All-solid-state lithium ion batteries have emerged as an alternative because of their better safety and wider electrochemical stability. Despite their advantages, all-solid-state lithium ion batteries still have drawbacks such as limited ion conductivity, insufficient contact areas, and high interfacial resistance between the electrode and solid electrolyte.

To solve these issues, studies have been conducted on composite electrodes in which lithium ion conducting additives are dispersed as a medium to provide ion conductive paths at the interface and increase the overall ionic conductivity.

It is very important to identify the shape and distribution of the components used in active materials, ion conductors, binders, and conductive additives on a microscopic scale for significantly improving the battery operation performance.

The developed method is able to distinguish regions of each component based on detected signal sensitivity, by using various modes of atomic force microscopy on a multiscale basis, including electrochemical strain microscopy and lateral force microscopy.

For this research project, both conventional electrodes and composite electrodes were tested, and the results were compared. Individual regions were distinguished and nanoscale correlation between ion reactivity distribution and friction force distribution within a single region was determined to examine the effect of the distribution of binder on the electrochemical strain.

The research team explored the electrochemical strain microscopy amplitude/phase and lateral force microscopy friction force dependence on the AC drive voltage and the tip loading force, and used their sensitivities as markers for each component in the composite anode.

This method allows for direct multiscale observation of the composite electrode in ambient condition, distinguishing various components and measuring their properties simultaneously.

Lead author Dr. Hongjun Kim said, “It is easy to prepare the test sample for observation while providing much higher spatial resolution and intensity resolution for detected signals.” He added, “The method also has the advantage of providing 3D surface morphology information for the observed specimens.”

Professor Seungbum Hong from the Department of Material Sciences and Engineering said, “This analytical technique using atomic force microscopy will be useful for quantitatively understanding what role each component of a composite material plays in the final properties.”

“Our method not only will suggest the new direction for next-generation all-solid-state battery design on a multiscale basis but also lay the groundwork for innovation in the manufacturing process of other electrochemical materials.”

This study is published in ACS Applied Energy Materials and supported by the Big Science Research and Development Project under the Ministry of Science and ICT and the National Research Foundation of Korea, the Basic Research Project under the Wearable Platform Materials Technology Center, and KAIST Global Singularity Research Program for 2019 and 2020.