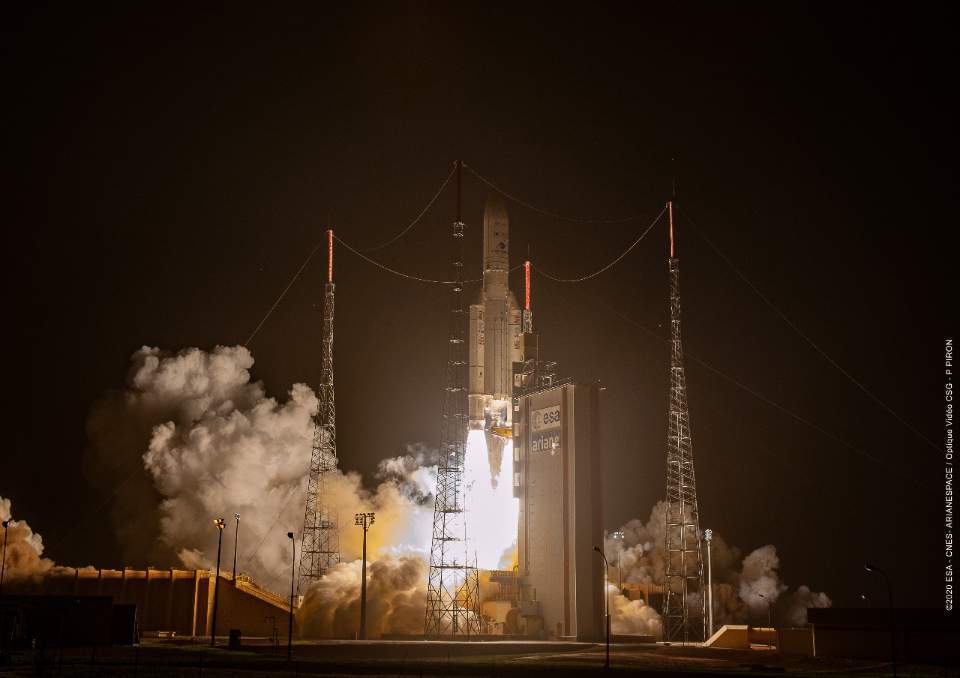 Chollian 2B was launched on the Ariane 5 ECA rocket from the space center in Kourou, French Guiana, at 7:18 a.m. as scheduled, according to the Korea Aerospace Research Institute.

The satellite was detached from the Ariane rocket at 7:49 a.m. and made its first communication with an Australia-based ground station at 7:55 a.m. About an hour after the launch, the satellite finished deploying its single solar panel, the institute said.

In early March, Chollian 2B will be situated at its geostationary orbit at 36,000 kilometers above South Korea. Chollian 2B will operate there for the next 10 years, monitoring atmospheric and maritime conditions in the northeastern regions in Asia.

In October this year, Chollian 2B will first start transmitting real-time data on marine conditions. The information collected by the satellite is expected to help the nation combat potential maritime issues, such as oil spills, as well as red and green tides.

In January next year, Chollian will start to observe air conditions with its newly developed equipment, the geostationary environmental monitoring spectrometer, which is capable of observing some 20 air pollutants such as ozone, sulfur dioxide and formaldehyde.

“Chollian 2B is the world’s first geostationary satellite that provides information on air pollutants, including fine dusts. The satellite will help us to counter air pollutant issues by tracking where pollutants have originated from and where they travel to,” said Chung Byung-sun, the first vice minister of the Ministry of Science and ICT.

In the past, the nation had to rely on foreign weather data to speculate on the paths that air pollutants travel, according to an official from the ICT Ministry.

“The geostationary satellite will conduct 24-hour monitoring of air pollutants, offering us much more detailed and accurate information compared to the past,” according to National Institute of Environmental Research President Chang Yoon-seok.

When it is fully functional, Chollian 2B will keep track of air pollutants traveling the Asian region ranging from the east of India to west of Japan.

The atmospheric data will be also used for research materials. The data could be shared with neighboring nations down the road, according to the ICT Ministry.