South Korea to boost power supply from solar and wind 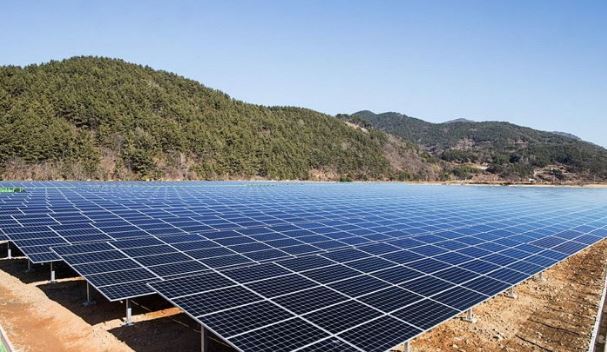 South Korea's industry minister said Wednesday that Seoul will boost the supply of power from solar and wind energy in a green transition amid global efforts to cut down on heat-trapping gases.

Sung Yun-mo, minister of trade, industry and energy, made the comments in an international conference on renewable energy at an exhibition center in southern Seoul.

The conference -- which brought together 3,500 people from more than 100 countries -- is meant to form a stronger consensus on the need to further expand renewable energy to achieve universal access to clean, safe and affordable renewable energy.

Renewable energy is that generated by natural processes such as sunlight, wind, rain, tides and geothermal heat. These processes replenish themselves continually and are totally clean.

South Korea has said it will expand the portion of renewable energy in the country's power generation portfolio from the current 7 percent to 20 percent by 2030.

Currently, coal-fired thermal power accounts for about 43 percent of South Korea's power generation, followed by nuclear power with around 27 percent.

Many countries have been racing to go eco-friendly amid tightened regulations on greenhouse gas emissions, which scientists say are to blame for global warming.

South Korea decommissioned its oldest nuclear power plant in 2017. The country has closed down four old coal powered plants and plans to shut off six more in the near future.