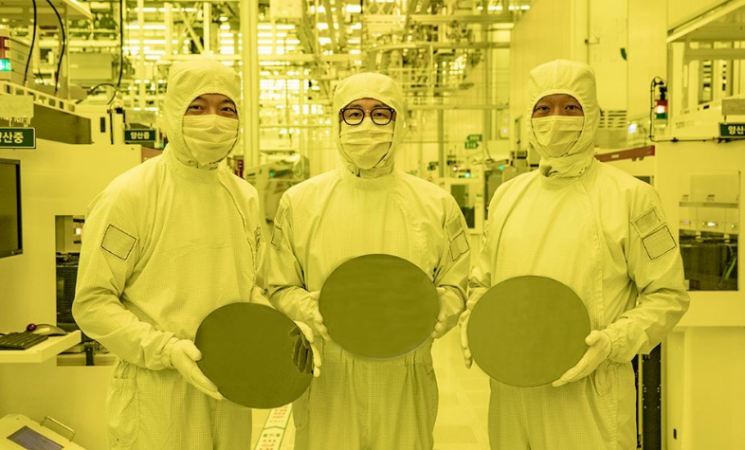 The growing call on South Korea to participate in the United States-led chip alliance across East Asia is putting the semiconductor powerhouse, home to Samsung and SK hynix, again in a strategic dilemma.

Sitting in the crosshairs of US-China economic warfare, Korea is being pressured to choose a side by joining the new semiconductor alliance of the US, Taiwan and Japan, with Korea making up the fourth in the so-called “Chip 4.” Alternatively, Korea might choose not to join them, considering its relationship with its biggest trading partner China.

According to news reports, representatives of four countries within what is also known as “Fab 4,” first proposed by the US in March, are scheduled to hold their first meeting in August. The US requested that Korea decide whether to join the alliance before the end of August through diplomatic channels.

When asked about Korea‘s stance toward the proposed chip alliance, a spokesperson for President Yoon Suk-yeol told reporters Thursday afternoon that “there is nothing to say at this point about the matter,” adding Korea is “mulling options to strengthen semiconductor cooperation with the US through various channels.”

The statement echoes that of the Ministry of Foreign Affairs, which said, “The US has stressed partnerships in the field of semiconductors since the release of the 100-day Supply Chain Review Report by the White House. (Korea) has been discussing with the US ways to strengthen cooperation across semiconductor chip industries through various channels, but nothing has been determined.”

This is seen as Washington’s renewed push to counter China in the attempt to ensure chip supply chain resilience within the multilateral economic framework to overcome the worldwide shortage of the strategic asset.

Unlike its neighboring partners, Korea has maintained strategic ambiguity as the decision could be reminiscent of the defense system deployment to deter North Korea’s nuclear attack, which triggered China’s economic retaliation against Seoul in the late 2010s.

China still stands as Korea’s biggest trading partner. Korean exports to China accounted for 25.3 percent through 2021, which is 10 percentage points higher than the US.

On the other hand, Korea fears that the decision not to join the new chip alliance could influence the partnership between Korean chipmakers and their customers based in the US.

“Korea‘s participation in ’Chip 4‘ alliance could help ensure stability of the semiconductor supply chain within the member countries, but the decision may be detrimental to Korea, given Korea’s dependence on Chiese chip vendors and its chip-related trade ties with China. Therefore, Korea should focus on mid- to long-term recovery of the chip supply chain in order to sustain the ‘Chip 4’ alliance,” noted Kwon Seok-joon, chemical engineering professor at Sungkyunkwan University.

The news follows Seoul’s decision to participate in the Indo-Pacific Economic Framework in May to step up its partnership with countries in the Indo-Pacific region like India and Australia, in sectors not limited to semiconductors. The decision was confirmed soon after US President Joe Biden visited Samsung Electronics‘ newest semiconductor manufacturing facility in Pyeongtaek, Gyeonggi Province.

The IPEF initiative has excluded China and Taiwan.