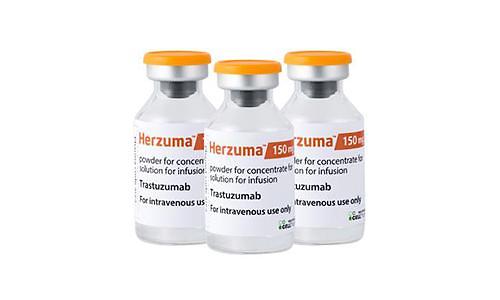 Celltrion Healthcare, the distribution wing of Celltrion, said that Herzuma, used to treat breast cancer, was officially launched in Britain. Herzuma based on Herceptin developed by Genentech, a subsidiary of Swiss pharmaceutical giant Roche was approved by the European Medicines Agency in February.