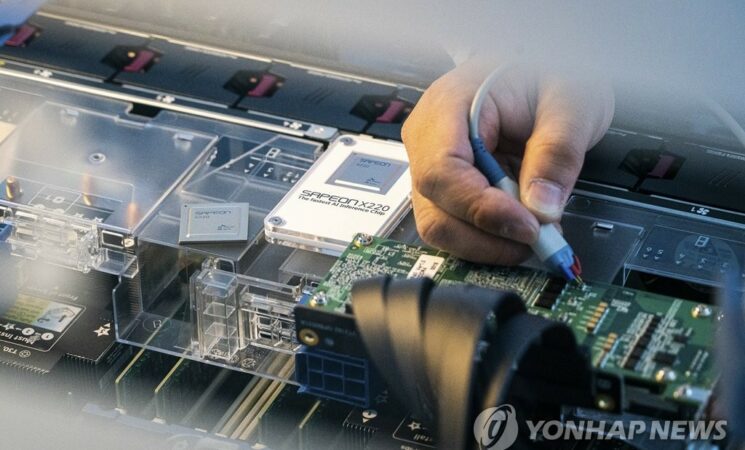 South Korea said Monday it will provide 240 billion won (US$214 million) in support for research and development (R&D) in logic chips and the fabless chip sector this year as the country seeks to boost its semiconductor industry.

The R&D plan aims to foster fabless chipmakers and bolster the country's competitiveness in artificial intelligence chips and next-generation sensors, according to the science ministry.

While South Korea holds a tight grip on the global memory chip market through tech giants Samsung Electronics Co. and SK hynix Inc., the country's presence in the global logic chip market stood at just 3.2 percent in 2019, according to the ICT ministry.

To acquire technology in next-generation AI chips, the government targets spending over 1 trillion won until 2029.

The ministry said it is also pursuing an R&D project worth over 500 billion won in next-generation sensors from next year to 2028. It also aims to provide additional R&D support for next-generation silicon carbide and gallium nitride-based power semiconductors.