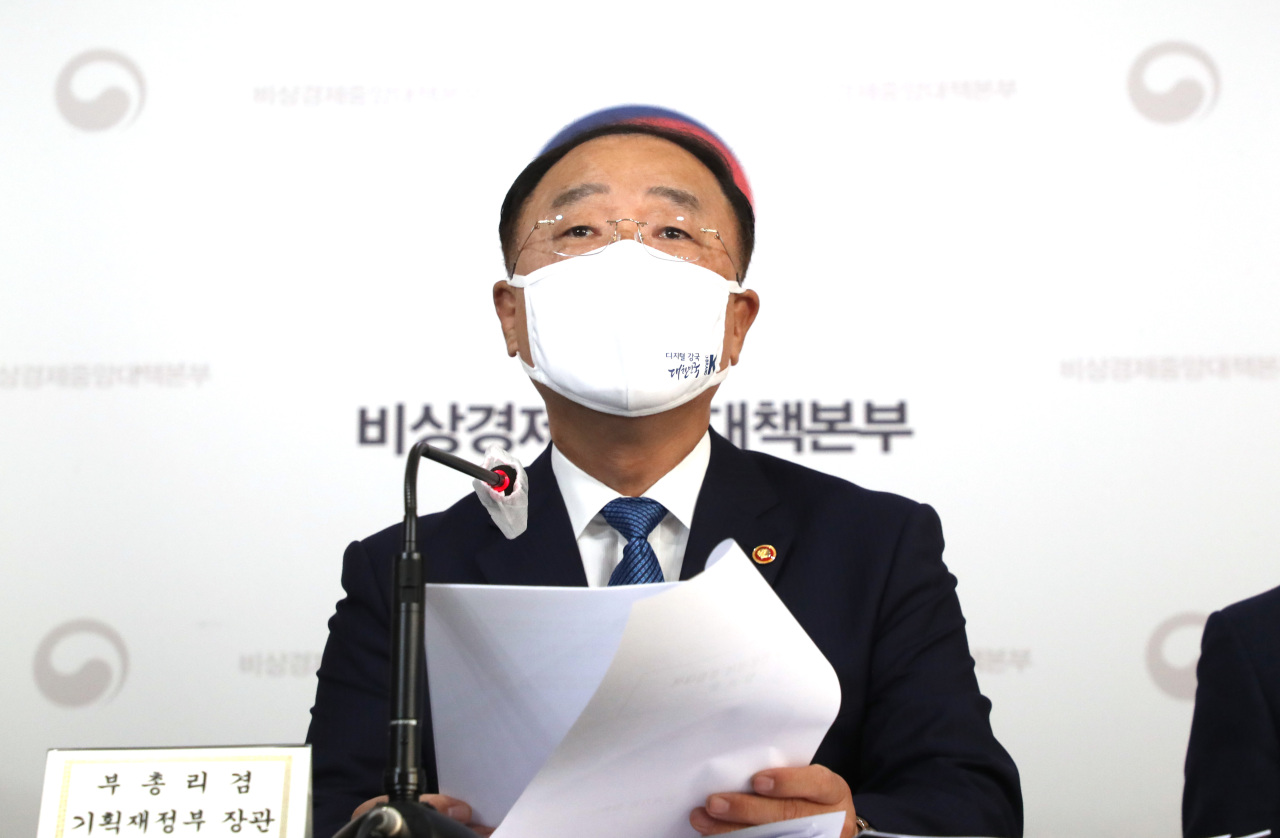 South Korea will focus on investing in digital infrastructure, including its Data Dam project, to combat future risks stemming from the coronavirus pandemic, the nation’s finance minister said Friday.

“Due to the novel coronavirus, our economy and society has been seeing an acceleration of digitalization,” Deputy Prime Minister and Finance Minister Hong Nam-ki said, in an opening speech delivered at the Digital Economy Forum hosted by the Ministry of Economy and Finance.

“The future will change depending on our response. … We plan to focus our investment on building digital infrastructure including the Data Dam project” he added.

The project, part of the Digital New Deal -- one of two key pillars that constitute the Moon administration’s larger New Deal package -- aims to collect and integrate information provided by both public and private sectors to manufacture useful data that can be shared via 5G networks. It derives its name from the Hoover Dam, which helped the United States overcome the Great Depression, like the New Deal.

Friday’s forum was held online in a contactless manner, with keynote speeches delivered by Andrew Wyckoff, director of the OECD’s directorate for science, technology and innovation and Peter Diamandis, executive founder of Singularity University, a Silicon Valley institution in the US that offers executive educational programs.

Wyckoff highlighted the increase in demand for internet technology in recent years, while those for traditional vehicles such as planes and cars declined, saying digitalization would lead the recovery of the global economy.

Diamandis said such changes in technology would bring more wealth in the next decade than mankind has made in the last century.