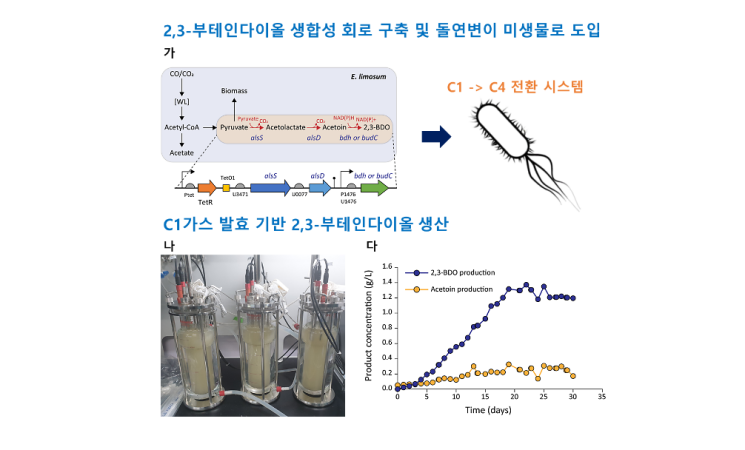 Bio-refinery techniques use biocatalysts based on biological systems to speed up chemical reactions. The biocatalytic technology is useful for the collection and conversion of carbons and the conversion process is environmentally-friendly.

Acetogenic bacteria, also known as acetogen, are microorganisms that absorb C1 gases to create acetic acid, also known as ethanoic acid or ethylic acid. The microscopic organisms are the key part of the bio-refinery technique but their life activity is drastically reduced in environments filled with high-density carbon monoxide gas. Acetic acid is a valuable biochemistry product used in the manufacture of plastics, dyes, photographic chemicals, and rubber.

The Korea Advanced Institute of Science & Technology (KAIST) said that its team of researchers developed a bio-refinery technique using biocatalysts to convert C1 gases to C4 chemicals. The new technique involves mutants of "eubacterium limosum," a type of acetogen, as biocatalyst.

Researchers found that the acetogen mutants have a higher tolerance to carbon monoxide and showed a six times faster growth rate than ordinary acetogen in a syngas environment with more than 60 percent carbon monoxide content.

"C1 gases created during industrial manufacturing processes are a mixture of gases including carbon monoxide and carbon dioxide. It is a must for microorganisms to have increased tolerance for carbon monoxide," KAIST researcher Cho Byung-kwan said in a statement on July 15.