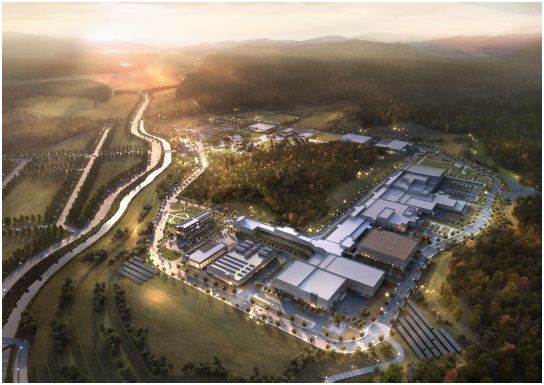 The government intends to boost Korea’s science and technology competitiveness by utilizing the four large-scale accelerators, which are an essential element of the research infrastructure for Big Science.

The National Science and Technology Advisory Council unveiled the long-term roadmap for the accelerators on March 23. The council is the highest deliberation body in science and technology policies and is chaired by President Moon Jae-in.

Accordingly, the Ministry of Science and ICT will push forward with the creation of a next generation light accelerator that can support various fields such as semiconductors, materials, and bio-tech and is at the same level (4GeV) as the latest light accelerators in major foreign countries. To this end, starting with this year's concept study, the ministry plans to start the project promptly through a preliminary feasibility study and a site selection contest. In addition, the current third and fourth generation radiation accelerator beam lines will be expanded and opened to respond to increasing demand for research, and the number of support personnel and organizations will be scaled up to provide efficient use services.

Gyeongju Proton Accelerator facilities will be expanded in line with its capabilities to support the industry. By elevating its beam performance from 100 MeV to 200 MeV, the ministry will build an atmospheric radiation impact test platform that can evaluate the reliability of electronic devices and components. The number of beam lines will also be increased to expand beam service support customized to users.

The ministry will thoroughly manage a heavy ion accelerator being built in Daejeon with strict risk management and quality and process management with the goal of completing it next year, and develop into global basic science base by expanding its application to medical and bio-tech, physical properties and energy among others beyond nuclear physics.

In particular, the ministry is planning to develop a heavy particle accelerator nicknamed “the dream cancer treatment device” to Gijang, Busan into the center of radiological research by introducing a treatment system for refractory cancer patients by 2023 and build one additional beam line for research by 2029.