“K-FLEX” Makes a Splash as a Flexible Endoscopic Surgical Robot 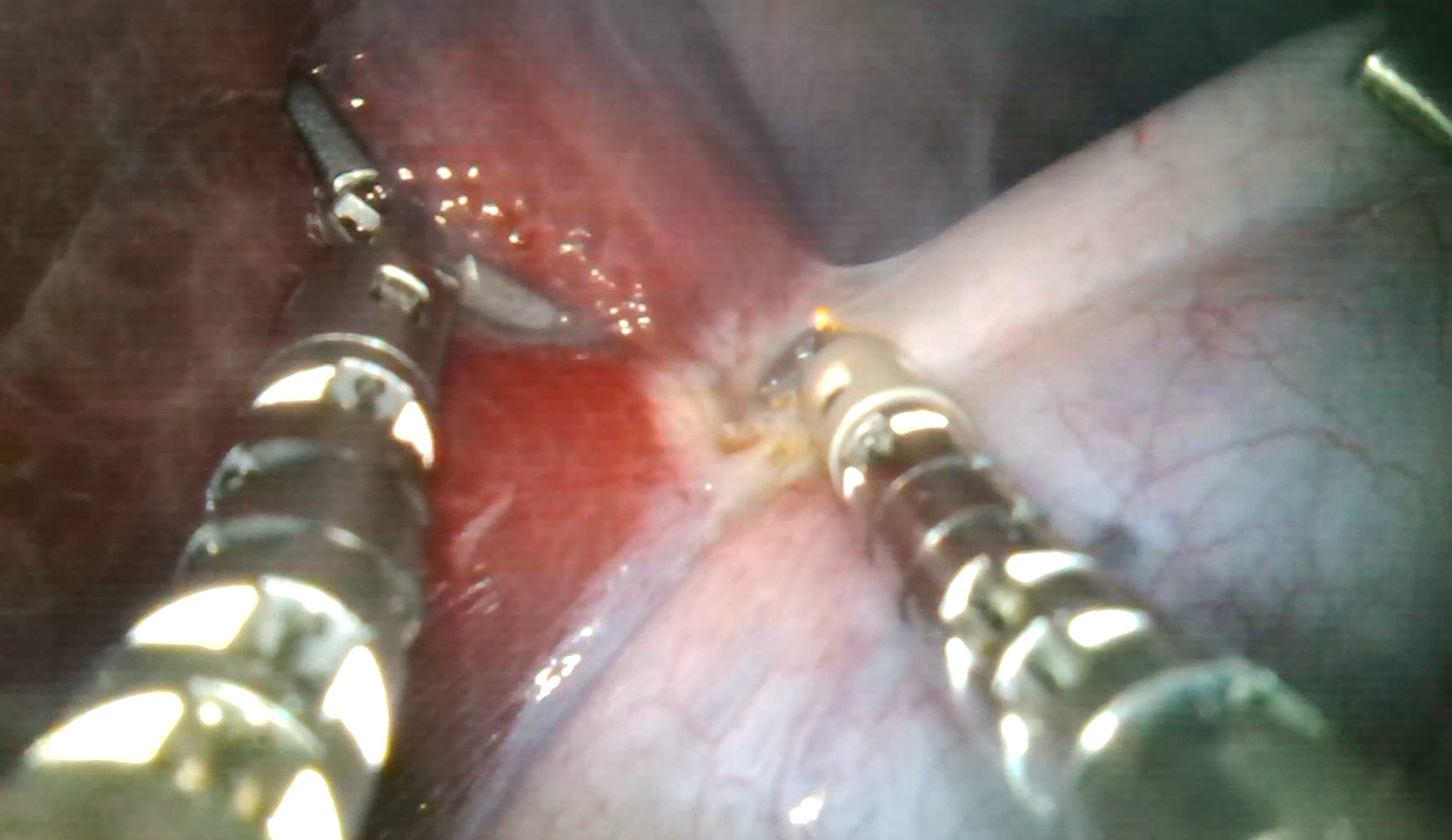 (Robot arms perform an incision during an ex-vivo test on a porcine gallbladder.)

K-FLEX, a flexible endoscopic surgical robot developed by the KAIST Future Medical Robotics Research Center, opens a new chapter for minimally invasive robot-assisted surgery with its precision control of 3.7 mm diameter robotic arms. The two arms, placing at the end of flexible endoscopes, highlight impeccable precision control and robust mini-joint design technologies. While cruising through the complicated inner body pliably, it carries out procedures on the spot with its robotic arms.

During the test, K-FLEX, inserted through an incision in the navel, snaked through the narrow passages of the complicated inner organs. When reaching the desired spot, one of the robot arms pushed aside and held up the nearby tissue to secure proper vision and space for the procedure. Meanwhile, a cautery needle mounted at the tip of the other hand removed the lesion tissue on the gallbladder. The tiny camera installed at the front of the robot arms relayed the internal conditions. The full procedure was able to be monitored from the master console.

The two arms are placed onto 4.2 mm internal channels of an endoscope which is 17 mm in diameter. The arms can be deployable forward and backward and are extendable up to 7 cm for performing procedures.

K-FLEX is made of domestically produced components, except for the endoscopic module. It will expand new medical robotics research while offering novel therapeutic capabilities for endoscopes.

Flexible endoscopes are very promising for surgical applications because they can treat areas thought to be difficult to reach, such as the posterior side of an organ. Current rigid-type laparoscopic tools could not reach a lesion if it occurs in such serpentine and complicated areas. However, this flexible endoscopic surgery robot will bypass obstacles to reach the troubled area.

The ability to seamlessly integrate effective actuation into millimeter-scale deployable mechanisms fits well with minimally invasive surgical procedures. This flexible endoscopic surgery robot, only half the size of current laparoscopic surgical robots, is deployable into natural orifices such as the mouth, anus, and vagina without requiring external incisions. Laparoscopic devices and robots require at least three to four external incisions to insert the devices; however, the applicability of internal incisions reduces the possibility of complications arousing from excessive bleeding and bacterial infections.

Despite these advantages, it has remained challenging to manipulate the robotic arms of flexible endoscopes with integrated grabbing force, flexibility, and multiple degrees of freedom for clinical environments.

The team focused on smaller but smarter devices. Dr. Min-Ho Hwang, a principal researcher of K-FLEX, said that developing tiny robots that are able to generate the necessary forces without compromising safety was the challenge. They created a robust but smaller-joint technology that can exert a relatively greater force even into millimeter scale.

Professor Kwon said, “K-FLEX is the first flexible endoscopic surgery robot in Korea. We already confirmed the clinical adaptation through ex vivo tests and will see complete commercialization in two to three years.” The team believes K-FLEX will be very effective for surgery on incipient cancer cells in the stomach, colon, and thyroid.

Professor Kwon and his eight researchers recently established a tech start-up called EasyEndo Surgical Inc. with these core technologies. In June, K-FLEX won the ‘Best Application Award’ and the ‘Overall Winner’ at the Surgical Robot Challenge 2018 held at Imperial College London.   The Korea Research Foundation funded the research on K-FLEX.