How 5G connects Korea's most isolated town to world 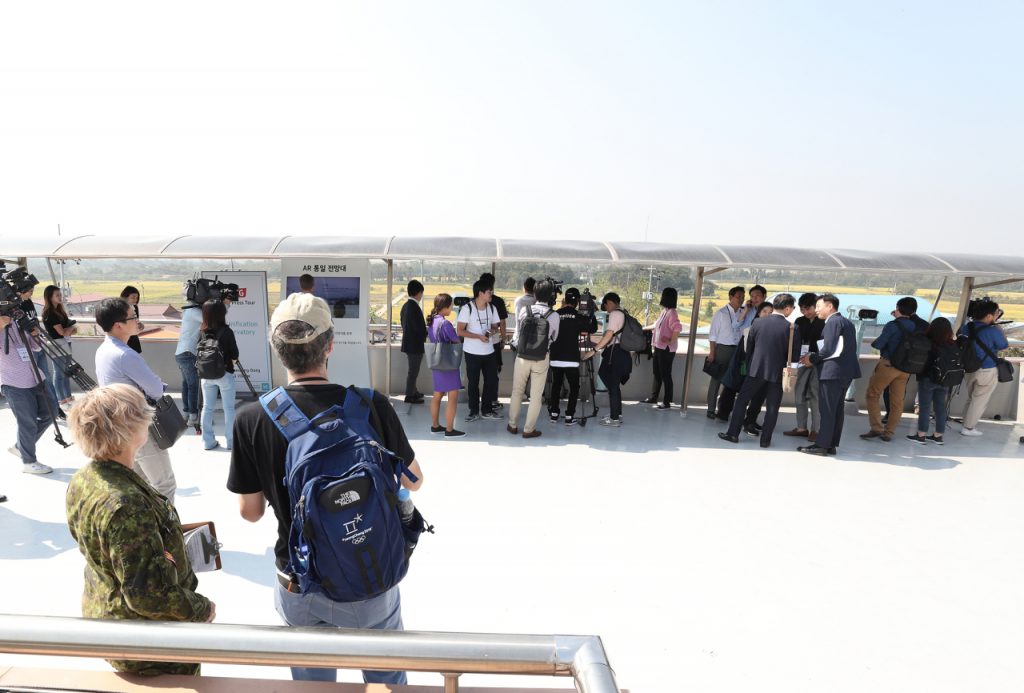 The 5G wireless network became operational in Daeseong-dong in June, when KT began to offer the its services there. That was about two months after the country launched nationwide 5G commercial services.

Establishing a 5G network infrastructure -- or any system for that matter -- is not an easy task due to heavy security inside the cross-border village. It requires approval from the United Nations Command, which controls the passage of people and goods sent to the area.

To prevent 5G network signals from going toward North Korea, the communication towers were titled toward the South-controlled territory. UNC personnel also attended the media tour to prevent possible mishaps.

“Holding such an event needs cooperation from various organizations … including UNC, Defense Ministry, National Intelligence Service and other government agencies that helped us establish the 5G network,” a KT official said.

Since the mobile carrier launched 5G services in Daeseong-dong, there have been local improvements in education, public safety and agriculture due to the advanced network technology, according to KT.

Emergency alarm systems were established at the homes of residents so they can receive voice calls and text messages from authorities. Farmers can use wireless internet to monitor the water channeling system.

Using virtual reality goggles and other high-tech gear, students at Daeseong Elementary, the only public education facility inside the village, can experience mixed reality systems.

“I am hoping to make a video about the North Korean friends in the future,” said 11-year-old Kim Min-chae, who was born in Daeseong-dong. “If the two Koreas are reunited, there will be a lot of things I can do.”

Some students come from other neighborhoods to learn about the technologies using high-tech gears in Daeseong-dong. Students from nearby Munsan attended coding classes about VR and augmented reality.

The immersive-reality technology was applied to the outside visitors’ experience of watching the lives across the border in real time. The AR-based telescopes offered detailed view of Kijong-dong, a North Korean town opposite Daeseong-dong.

“It is much like a test bed project,” said the KT official. “Now that we have established a network infrastructure, all we have to do is to wait until dedicated services develop to utilize the 5G network.”