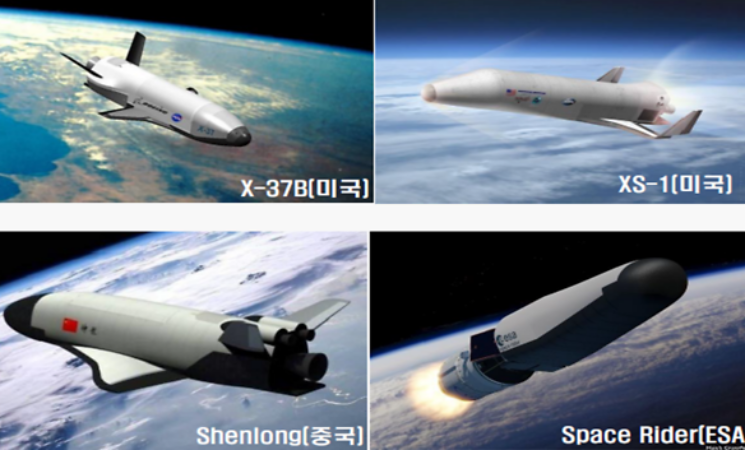 Through cooperation with university research teams, South Korea's Hanwha Group jumped into the development of uncrewed reusable spacecraft technology that can significantly reduce costs as they can re-enter space several times after returning to Earth.

Reusable spacecraft can fly in space for a long time with their own propulsion and perform various missions. Unmanned space vehicles are emerging as a game-changer in the global space industry as they can drastically reduce costs. The well-known reusable robotic spacecraft is Boeing X-37, which carries out secret missions for the U.S. Air Force.

For a state project led by the Korea Research Institute for Defense Technology Planning and Advancement (KRIT) to develop reusable spacecraft, Space Hub, a joint team established by Hanwha Group units to combine different products or services such as satellite components, has teamed up with a consortium of school research institutes to upgrade technology for unmanned reusable spacecraft.

A related research center is to open after September 2022. "Through Hanwha's space business-related technology and research institutes' human infrastructure and academic capabilities, South Korea will be able to quickly narrow the gap with advanced countries," Hanwha Aerospace CEO Shin Hyun-woo said in a statement on July 28.