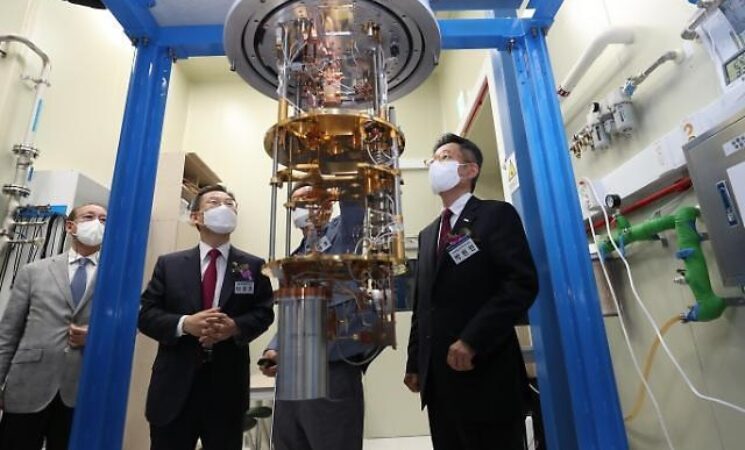 South Korean research bodies and private companies joined hands to form a government-initiated task force for the development of a 50-qubit quantum computer by the end of 2026 with the aim of catching up with the United States and China, which have been far ahead in quantum computing.

Binary digital electronic computers are based on transistors and capacitors with data encoded into binary digits (bits). Quantum computing uses quantum bits or qubits, based on the principles of quantum theory, which explains the nature and behavior of energy and matter on the quantum level. Theoretically, a quantum computer would gain enormous processing power and perform tasks using all possible permutations simultaneously.

South Korea has joined an international race to develop quantum computing technology and hardware. However, Science and ICT Minister Lee Jong-ho admitted a technology gap between South Korean companies and competitors in the United States and China.

"The next five years is a very important turning point in the quantum ecosystem, and if we do not pursue technology quickly now, there may be no opportunity for re-challenge to secure competitiveness in quantum technology in the future," Lee said in a ceremony to launch a national task for the development of a 50-qubit quantum computer and quantum Internet.

Lee's office drew commitments from dozens of research bodies and private companies, which vowed to support the development of a 20-qubit quantum computer by the end of 2024 and boost its capacity to 50 qubits by the end of 2026.

"The development of 50-qubit quantum computers and quantum Internet, which will begin in earnest through today's event, is an obviously difficult challenge considering our technology level and manpower size, but we should cooperate and do our best," Lee said.