From Concept to Reality: Changing Color of Light Using a Spatiotemporal Boundary 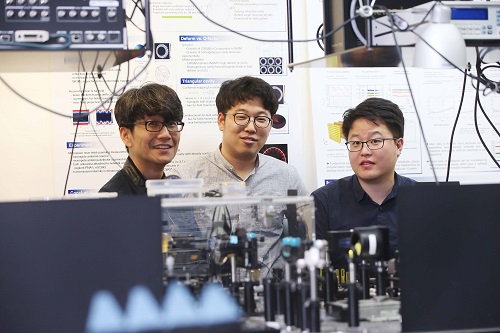 (from left: Professor Bumki Min, PhD candidate Jaehyeon Son and PhD Kanghee Lee)
A KAIST team developed an optical technique to change the color (frequency) of light using a spatiotemporal boundary. The research focuses on realizing a spatiotemporal boundary with a much higher degree of freedom than the results of previous studies by fabricating a thin metal structure on a semiconductor surface. Such a spatiotemporal boundary is expected to be applicable to an ultra-thin film type optical device capable of changing the color of light.
The optical frequency conversion device plays a key role in precision measurement and communication technology, and the device has been developed mainly based on optical nonlinearity.
If the intensity of light is very strong, the optical medium responds nonlinearly so the nonlinear optical phenomena, such as frequency doubling or frequency mixing, can be observed. Such optical nonlinear phenomena are realized usually by the interaction between a high-intensity laser and a nonlinear medium.
As an alternative method frequency conversion is observed by temporally modifying the optical properties of the medium through which light travels using an external stimulus. Since frequency conversion in this way can be observed even in weak light, such a technique could be particularly useful in communication technology.
However, rapid optical property modification of the medium by an external stimulus and subsequent light frequency conversion techniques have been researched only in the pertubative regime, and it has been difficult to realize these theoretical results in practical applications.
To realize such a conceptual idea, Professor Bumki Min from the Department of Mechanical Engineering and his team collaborated with Professor Wonju Jeon from the Department of Mechanical Engineering and Professor Fabian Rotermund from the Department of Physics. They developed an artificial optical material (metamaterial) by arranging a metal microstructure that mimics an atomic structure and succeeded in creating a spatiotemporal boundary by changing the optical property of the artificial material abruptly.
While previous studies only slightly modified the refractive index of the medium, this study provided a spatiotemporal boundary as a platform for freely designing and changing the spectral properties of the medium. Using this, the research team developed a device that can control the frequency of light to a large degree.
The research team said a spatiotemporal boundary, which was only conceptually considered in previous research and realized in the pertubative regime, was developed as a step that can be realized and applied.
Professor Min said, “The frequency conversion of light becomes designable and predictable, so our research could be applied in many optical applications. This research will present a new direction for time-variant media research projects in the field of optics.”
This research, led by PhD Kanghee Lee and PhD candidate Jaehyeon Son, was published online in Nature Photonics on October 8, 2018.
This work was supported by the National Research Foundation of Korea (NRF) through the government of Korea. The work was also supported by the Center for Advanced Meta-Materials (CAMM) funded by the Korea Government (MSIP) as the Global Frontier Project (NRF-2014M3A6B3063709).
Figure 1. The frequency conversion process of light using a spatiotemporal boundary. 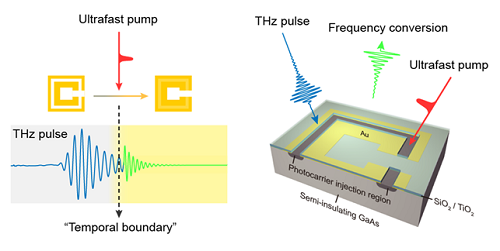 Figure 2. The complex amplitude of light at the converted frequency with the variation of a spatiotemporal boundary. 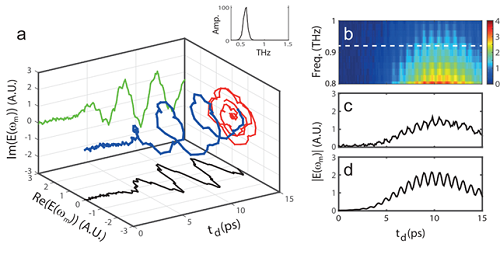