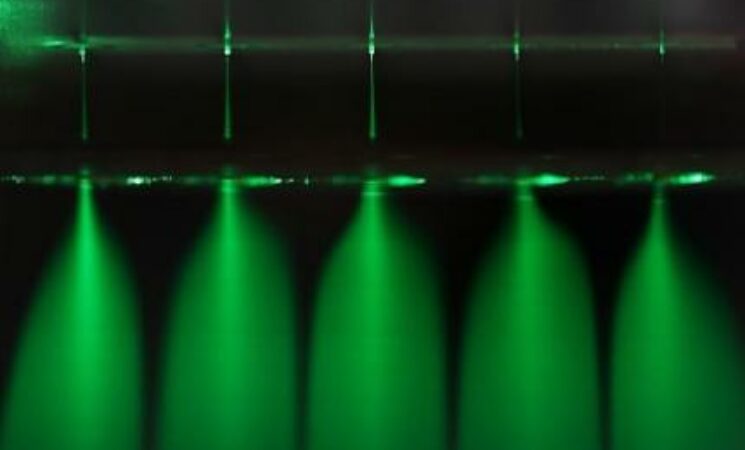 With COVID-19 raging around the globe, researchers are doubling down on methods for developing diverse antimicrobial technologies that could be effective in killing a virus, but harmless to humans and the environment.

A recent study by a KAIST research team will be one of the responses to such efforts. Professor Seung Seob Lee and Dr. Ji-hun Jeong from the Department of Mechanical Engineering developed a harmless air sterilization prototype featuring electrosprayed water from a polymer micro-nozzle array. This study is one of the projects being supported by the KAIST New Deal R&D Initiative in response to COVID-19. Their study was reported in Polymer.

Despite its potential for antimicrobial applications, electrosprayed water generally operates under an electrical discharge condition, which can generate ozone. The inhalation of ozone is known to cause damage to the respiratory system of humans. Another technical barrier for electrospraying is the low flow rate problem. Since electrospraying exhibits the dependence of droplet size on the flow rate, there is a limit for the amount of water microdroplets a single nozzle can produce.

The polymer micro-nozzle array performed in steady cone jet mode without electrical discharge as confirmed by high-speed imaging and nanosecond pulsed imaging. The water microdroplets were measured to be in the range of six to 10 μm and displayed an antimicrobial effect on Escherichia coli and Staphylococcus aureus.

Professor Lee said, “We believe that this research can be applied to air conditioning products in areas that require antimicrobial and humidifying functions.”