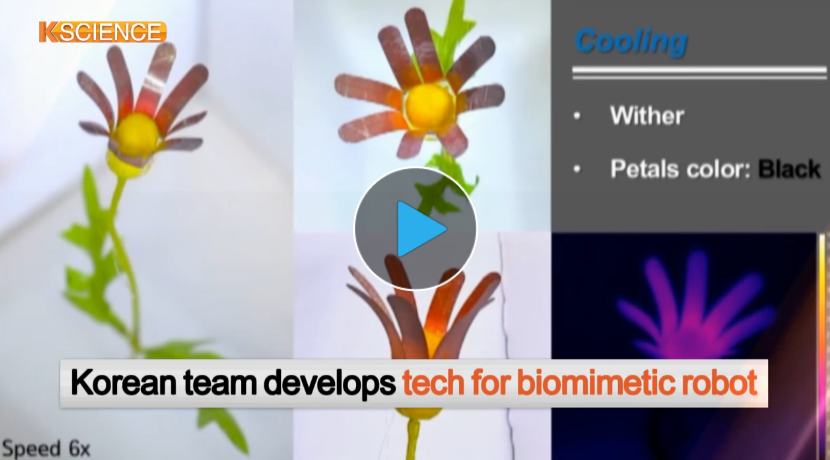 A flower blooms once the dark color of its petals turns red. A butterfly sitting on the petal flaps its wings, changing its color.

A research team of Seoul National University has developed a soft actuator which moves and changes its color like an actual body of an organism.

Unlike conventional robots that are heavy and rigid, those produced with the soft actuator that is made of materials such as paper and plastic sheet are called the "soft robot".

The core technology for the soft actuator is that it uses two different types of macromolecule films whose coefficient of thermal expansion changes as its physical direction changes.

On top of this, a temperature-sensitive dye has been applied, allowing prompt color changes with the movement.

[Koh Seung-Hwan, professor, Seoul National University]
"Most of animals and plants have their own movements that change their colors accordingly. So, this technology can be applied to soft, biomimetic robots."

The team added that the newly-developed technology will be applied to various soft robots such as camouflage robots, and those for artistic purposes.

This means that the new technology will advance the development of a chameleon-like robot with a soft and tender body.