As for 5G 28GHz Spectrum, license duration reduced on SKT, and assignment cancelled on LG Uplus and KT 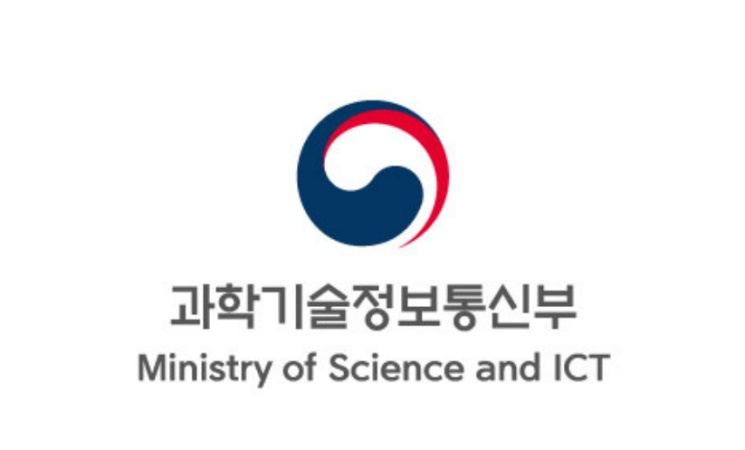 The Ministry of Science and ICT (MSIT, Minister: Lee Jong-Ho) has completed its assessment of fulfillment of 5G spectrum license obligation condition in 2018 and unveiled the assessment result on November 18, 2022.

​
According to the assessment result, all of three carrier operators satisfied the obligation requirement for 3.5 GHz spectrum assignments. But the Ministry notified that SKT’s license duration on 28 GHz will be reduced, and KT and LG Uplus’s spectrum assignment on 28GHz will be canceled.

​
5G mobile communication, which is characterized by enhanced Mobile BroadBand, Ultra-Reliable and Low Latency, massive Machine Type Communications, is a key technology that enables innovation of industries and services and new services for consumers. In 2018, the Ministry secured 5G spectrum in order to promote innovation of 5G industries and services for domestic companies and enjoy new mobile services for people. At that time, the Ministry assigned both 3.5GHz (280MHz bandwidth) and 28 GHz (2,400MHz bandwidth) spectrum bands simultaneously considering the realization of the best performance on 5G networks and the three carrier operators’ needs of at least 800MHz bandwidth in both 3.5 GHz and 28GHz.

The Ministry obligated to the operators network building requirement for 22,500 base stations on 3.5GHz and 15,000 equipment on 28GHz. by the three years since the 5G spectrum assignment. In particular, the Ministry acknowledged that while 28GHz spectrum has substantial market potential there are still uncertainties over the outlook of the market, and hence limited the use period for 28GHz spectrum to five years, thereby cutting the lowest bidding price and demanding a minimum requirement for network building.

​
While 28GHz has a narrower coverage area than 3.5 GHz, it can be more advantageous in distributing data traffic in population-dense areas (hot spots) and deploying new services such as virtual and augmented reality as 28GHz networks offer high speed, low latency, and multiple connections. Foreign operators, such as those in the US and Japan, are actively expanding the building of their 28GHz networks*, and 33 countries including Australia and India are currently preparing to allocate 28GHz spectrum bands or deploy services. Furthermore, over 50 types of smartphones embedded with 28GHz chipsets have been launched worldwide with over 61 million devices currently in use (as of 2021).

​
In Korea, the carrier operators have been building networks for 3.5GHz spectrum but failed to meet the minimum requirement for 28GHz networks.

​
The government has provided a variety of means to vitalize the use of 28GHz spectrum. For instance, 5G telecom service was test-launched during the 2018 Pyeongchang Winter Olympic Games and the government called on the carrier operators to expand 28GHz networks at a number of meetings with CEOs (since 2019). In 2021, it conducted a public-private joint technical validation on 28GHz and funded several validation & pilot projects*.

​
The government validated Wi-Fi connectivity improvement in subways where 28GHz was used as a backhaul last year and has been operating a public-private working group since July this year to discuss ways to promote 28GHz spectrum.

​
Despite these efforts by the government, the carrier operators remain lukewarm about expanding 28GHz networks. The terminal devices they have built thus far account for only 10% of what was promised three years ago when they won the right to use the spectrum, and they offered no smartphones that supported the spectrum to consumers, as opposed to foreign operators.

​
While it is expected that demand for the millimeter wave will grow once 6G mobile telecom services are launched, the domestic service environment for 28GHz spectrum is still falling behind those of other countries, which causes a source of concerns that Korea may not be able to maintain its leadership as a mobile telecom powerhouse.

​
The assessment result announced today reflects the evaluators’ serious judgement on the delay in deployment of future-oriented services supporting 28GHz to consumers and the limited growth of the industrial ecosystem.

​
The Ministry assessed the carrier operators’ compliance with the requirement conditional to spectrum assignment over the past three years and, to do so, received performance reports in April this year from the three operators who won the right to use the spectrums. In the assessment, Korea Communication Agency(KCA) examined the operators’ reports and conducted on-site inspections, followed by assessment at the evaluation committee, and the assessment result was reported by KCA to the Ministry.

​
The assessment result is as follows; All three operators satisfied the requirement for 3.5GHz, each scoring above 70 points*. By contrast, they significantly underperformed on network building for 28GHz, with SKT scoring 30.5 points, LG Uplus 28.9, and KT 27.3.

​
The Ministry informed the three operators of the assessment result and sanctions today. As clarified earlier in the spectrum assignment notice, the assignment will be canceled on the operators who score less than 30 points. Accordingly, the Ministry notified LG Uplus and KT that they will lose the right to use 28GHz, and SKT which scored more than 30 points that it will see its use time (5 years) reduced by 10% (6 months). And yet, SKT would also lose the right to use 28GHz unless it will have built 15,000 equipment to satisfy the requirement for assignment by May 31, 2023, before applying for the spectrum re-assignment. The Ministry plans to cancel 28GHz assignment SKT if it fails to meet the requirement of building 15,000 equipment by May 31, 2023.

​
Meanwhile, in the notice, the Ministry called on SKT to continue building and operating of 28GHz Wi-Fi facilities for subways, which is aimed at providing free internet connection to passengers, in consideration of the opinions of the evaluation committee and public interest, or the continuity of public services.

​
The final decision will be made on the three operators after a public hearing is held in December.

​
Once the decision to cancel 28GHz allocations on the two operators is finalized after the public hearing in December, the Ministry will actively look for a new operator to use one of the two canceled spectrums. Considering that it might be hard to find an operator making new investments in 28GHz amidst economic uncertainties at home and abroad, the Ministry will prepare various measures to give practical support.

​
For instance, signal-controlling frequencies (anchor frequencies*) necessary for supporting 28GHz spectrum will be made available for spectrums of high market preference, and the Ministry will review new allocation methods, such as letting operators choose frequency coverage units (e.g., nationwide, local), to ease new operators’ financial burdens of investment and help them secure competitiveness. The Ministry will mobilize all possible policy tools to bring in new operators into the market, for instance, considering measures to support interconnection among carrier operators and the provision of facilities.

​
In case a 28GHz spectrum is allocated to a new operator, the Ministry plans to allocate the other spectrum through competitive bidding after a certain period lapses, which means either of the two carrier operators who lose 28GHz allocations this time may not be able to get back the spectrum.

​
The Ministry is seeking to promote the industrial ecosystem of 5G mobile telecom and when its decision on sanctions is finalized in December, it will announce plans to encourage new carrier operators to use the two canceled spectrums and what to do with the one remaining spectrum. In addition, it will also put in place an institutional apparatus to impose a penalty to give disadvantages to carrier operators that fail to satisfy the condition for spectrum allocation, which is their promise to the public.

​
Park Yun Kyu, Vice Minister of Science and ICT, said “The government has continuously encouraged the three carrier operators to fulfill the allocation requirement and supported them in many ways. It is regrettable to see the failing assessment result” and added, “Moving forward, the government will encourage new carrier operators to enter the sector, while also boosting competition among the existing carrier operators by, for instance, giving the rights over the spectrum to only one operator, to promote 5G mobile telecom services.”