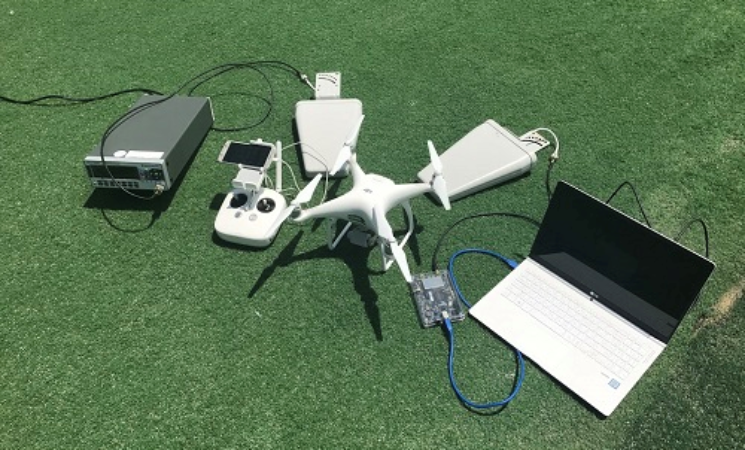 KAIST researchers have developed anti-drone technology that can hijack other drones by spoofing its location using fake GPS signals. This technology can safely guide a drone to a desired location without any sudden change in direction in emergency situations, and thus respond effectively to dangerous drones such as those intending to carry out acts of terrorism. 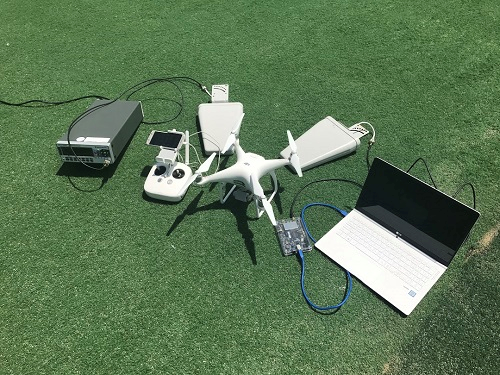 (Image 1. Experimental environment in which a fake GPS signal was produced

Advancements in the drone industry have led to the wider use of drones in our daily lives in areas of reconnaissance, searching and rescuing, disaster prevention and response, and delivery services. At the same time, there has also been a growing concern about privacy, safety, and security issues regarding drones, especially those arising from intrusion into private property and secure facilities. Therefore, the anti-drone industry is rapidly expanding to detect and respond to this possible drone invasion.

The current anti-drone systems used in airports and other key locations utilize electronic jamming signals, high-power lasers, or nets to neutralize drones. For example, drones trespassing on airports are often countered with simple jamming signals that can prevent the drones from moving and changing position, but this may result in a prolonged delay in flight departures and arrivals at the airports. Drones used for terrorist attacks – armed with explosives or weapons – must also be neutralized a safe distance from the public and vital infrastructure to minimize any damage.

Due to this need for a new anti-drone technology to counter these threats, a KAIST research team led by Professor Yongdae Kim from the School of Electrical Engineering has developed technology that securely thwarts drones by tricking them with fake GPS signals.

Fake GPS signals have been used in previous studies to cause confusion inside the drone regarding its location, making the drone drift from its position or path. However, such attack tactics cannot be applied in GPS safety mode. GPS safety mode is an emergency mode that ensures drone safety when the signal is cut or location accuracy is low due to a fake GPS signals. This mode differs between models and manufacturers.

Professor Kim’s team analyzed the GPS safety mode of different drone models made from major drone manufacturers such as DJI and Parrot, made classification systems, and designed a drone abduction technique that covers almost all the types of drone GPS safety modes, and is universally applicable to any drone that uses GPS regardless of model or manufacturer. The research team applied their new technique to four different drones and have proven that the drones can be safely hijacked and guided to the direction of intentional abduction within a small margin of error.

Professor Kim said, “Conventional consumer drones equipped with GPS safety mode seem to be safe from fake GPS signals, however, most of these drones are able to be detoured since they detect GPS errors in a rudimentary manner.” He continued, “This technology can contribute particularly to reducing damage to airports and the airline industry caused by illegal drone flights.”

The research team is planning to commercialize the developed technology by applying it to existing anti-drone solutions through technology transfer.” This research, featured in the ACM Transactions on Privacy and Security (TOPS) on April 9, was supported by the Defense Acquisition Program Administration (DAPA) and the Agency for Defense Development (ADD).