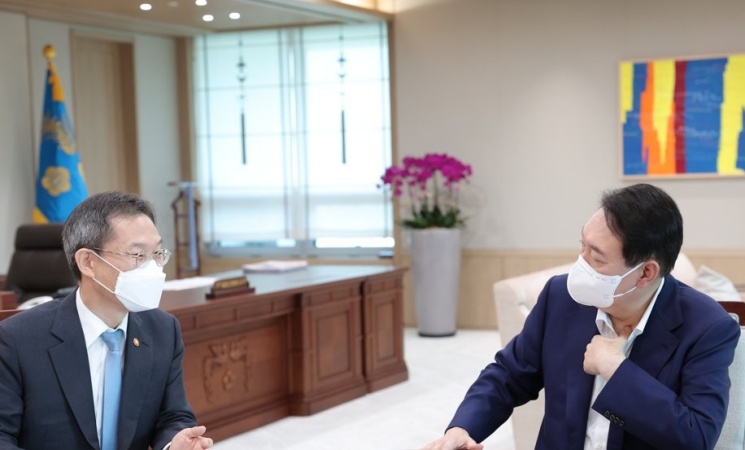 President Yoon Suk-yeol received a policy briefing from the science minister on Friday(15 Jul) and asked him to focus R&D investment in source technologies, his spokesperson said.

"President Yoon Suk-yeol asked the minister to focus R&D investment in areas that cannot be covered by commercial investments by private businesses," Kang In-sun said during a press briefing.

"He also emphasized that the minister focus R&D investment in future strategic technologies and source technologies with large technological repercussions," she said.

The briefing by Science and ICT Minister Lee Jong-ho was held at the presidential office earlier in the day as part of the first set of policy reports by government ministries to Yoon following his inauguration in May.

Yoon told Lee to build a specialized system for fostering top-class talent and a detailed action plan for opening a space economy era in the wake of the successful launch of the homegrown space rocket Nuri last month, according to Kang.