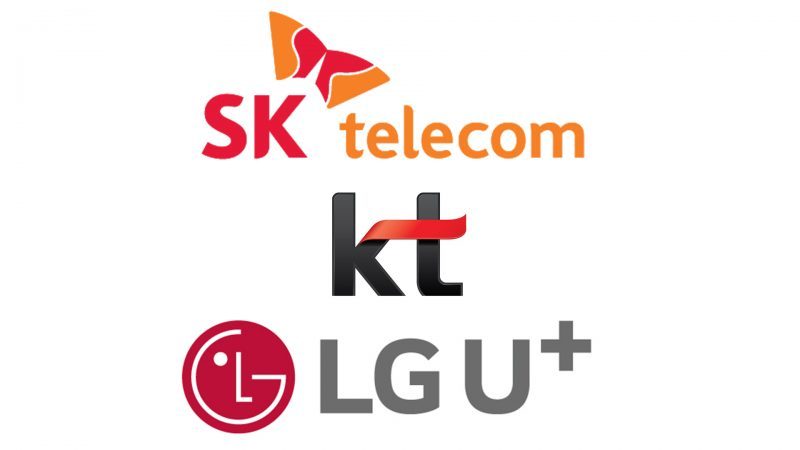 South Korea’s telecom giants are making a foray into the global market with fifth-generation wireless network technology in a push to discover business opportunities beyond the domestic market.

SK Telecom, KT and LG Uplus are accelerating their efforts to enhance 5G partnerships with mobile vendors around the world -- for example, by exporting network equipment and developing 5G-based content.

Since launching 5G services in April, achieving a world first, the mobile carriers are taking advantage of the high profile they gained on the global stage. Now they are hoping to move beyond the benefits they stand to gain from local mobile users in the oligopolistic telecom market.

Recently, SKT has reportedly signed a contract with Japanese mobile carrier Rakuten to sell equipment and technology needed to build 5G infrastructure. The Korean company declined to reveal when the contract was signed or how much the deal was worth.

In May, the company pledged a “comprehensive partnership” with Microsoft in artificial intelligence, cloud computing and other 5G-related business areas. As Microsoft’s “exclusive operating partner” for the cloud-based game-streaming service, SK began offering free trials of Project xCloud last month.

SKT’s partnerships with global giants have intensified in other areas as well. The company has agreed to establish joint ventures with two US media giants, Comcast and Sinclair, respectively to pursue esports business and broadcasting technology.

“In order to become a leader in the 5G market, cooperation with global tech giants is crucial,” SKT Chief Park Jung-ho said when he announced the partnership with Microsoft. “We are going to create a whole new value with global companies.”

Promoting itself as a pioneer in 5G technology, KT highlighted the network’s market potential and its own technological prowess during the 2019 World Economic Forum, Mobile World Congress and other prominent global events.

Having raised its international profile with promotional 5G commercial services during the 2018 PyeongChang Winter Olympics, KT is attracting a global audience by inviting government leaders to its 5G innovation center in Gwacheon, Gyeonggi Province.

The promotion efforts have resulted in an increase in its global sales. According to KT, its affiliates had recorded combined exports worth 52 billion won ($44 million) as of June -- a sevenfold increase over last year’s figure.

“In South Korea, 5G has become a reality,” KT Chief Hwang Chang-gyu said during his speech at the 2019 Global Entrepreneurship Summit in the Netherlands in June. “Please come to Korea whenever possible. We are ready to cooperate with the world.”

To compete with its two rivals, LG Uplus is seeking to export 5G-based content by enhancing partnerships with global tech giants.

The telecom firm established a special team dedicated to the content export business in July. The team will report directly to the company’s leadership about its export strategies for augmented reality and other 5G-powered services.

“We are going to export 5G content and solutions within this year,” Ha told reporters during his visit to Silicon Valley. “There will be more export opportunities as 5G commercialization expands around the world.”