SKT aims to become first to debut air taxi by 2025 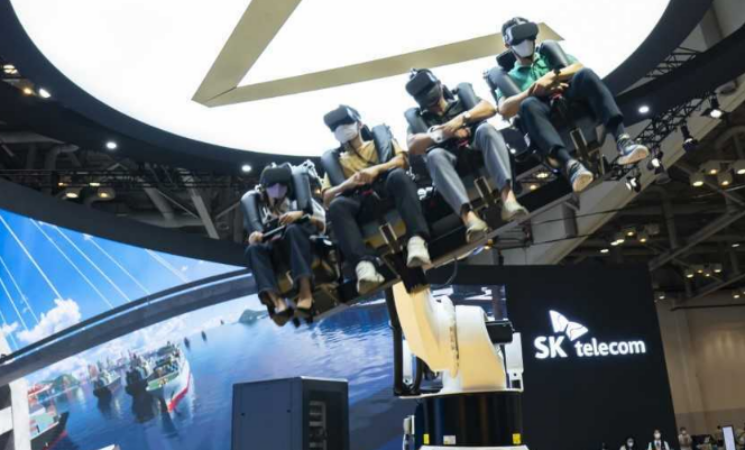 “Our rivals also plan to launch air taxi services in the coming years, but we are confident that we will be the first to bring UAM aircrafts to the market,” said SK Telecom’s Chief Development Officer Ha Min-yong during a press conference held at the 2022 Busan International Motor Show.

SK Telecom is the only non-carmaker participating in this year’s Busan Motor Show, which kicked off Friday. During the week-long event, the company plans to introduce its upcoming UAM service and business plans.

SK Telecom is leading one of the three consortiums that recently submitted their bids to join the K-UAM Grand Challenge, a government-led program to select a UAM business operator. Hyundai Motor Group and Kakao Mobility also compete to win the deal by creating separate consortiums, respectively. Unlike its rivals that have teamed up with air carriers, SK Telecom has no aviation partner.

“We also discussed internally whether the UAM business is something for air carriers only and concluded it’s not,” Ha said. “What we are seeing is that regulations or infrastructures for operating UAM service will be different from today’s operation of airplanes.”

SK Telecom stressed its competitive advantage as a total solution provider, saying communications in the air will be crucial for the success of air vehicles.

According to the company, its “Mobility as a Service” platform creates a business-to-customer service based on a system that connects UAM operation with real-time traffic information on roads by using data on its mobility platform affiliate Tmap Mobility. This will allow passengers to make reservations in advance or freely transfer from air taxi to bus, subway or taxi.

SK Telecom that is also investing heavily in artificial intelligence and machine learning more recently said its accumulated technological prowess and business knowhow will be greatly helpful to upgrading its UAM services like autonomous flying.

Applying its knowhow on operation of data plans and phone far system, SK Telecom, the nation’s No. 1 telecom carrier in terms of subscribers, said it is also planning to come up with ride plans for commuters based on the current fares for taxis and buses from the city center to airport.

“Considering that up to four people can fit to the UAM aircraft, we will review the most optimized and efficient fare system considering the cost for using related infrastructure such as vertiport,” said Ha.