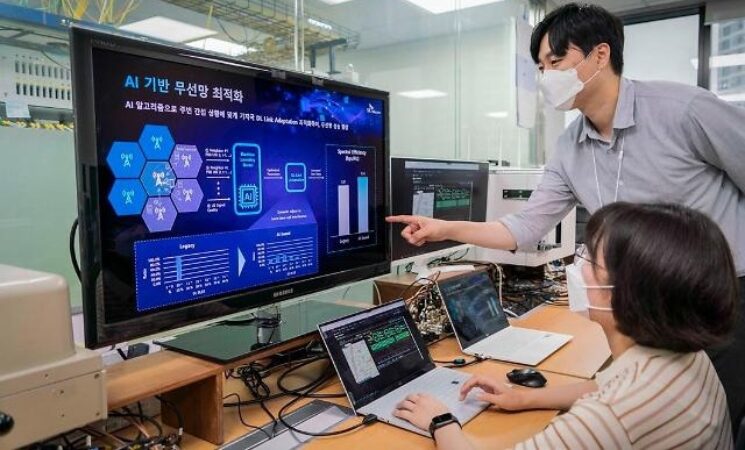 In wireless communications, link adaptation denotes the matching of modulation, coding and other signal and protocol parameters to radio link conditions. SK Telecom, a leading mobile carrier in South Korea, and Ericsson, a Swedish networking and telecom company, have completed the performance verification of artificial intelligence-based link adaptation technology applied to base stations.

"The improvement of wireless network performance through AI, which is a core 6G technology, is very meaningful in network evolution." SKT's infra technology head Park Jong-kwan said in a statement on September 15. "We will continue to develop and commercialize AI technologies related to the advancement of 5G networks and use them as a cornerstone of 6G evolution."

SKT said that AI-based wireless network link adaptation technology identifies the interference effect between cells within the range of radio waves from base stations and adjacent cells and increases the data transmission speed by combining wireless environment information of terminals.

Based on radio resource utilization information from neighboring base stations, the technology changes the target quality index according to the situation so that smartphones can achieve maximum performance in real time within the range of base stations. It makes it possible to respond more flexibly to environmental differences depending on the wireless state or location of terminals, and changes over time.

South Korea aims to achieve the world's first commercialization of 6G mobile telecommunication. SKT has tied up with major equipment makers including Nokia and Ericsson on joint research into 5G upgrading and 6G evolution technologies.

Through cooperation with Ericsson, SKT has commercialized a new core network that can greatly improve the distribution of new applications and the efficiency of traffic processing, securing the foundation for 6G evolution. A core or backbone network connects together different networks to transfer traffic at high speeds. Core networks focus on optimizing the performance and reliability of long-distance and large-scale data communications.

In July 2022, SKT and Ericsson have successfully gone live with a bare metal cloud-native 5G network for the first time in the world, improving traffic processing efficiency by up to 50 percent compared to existing physical-based cores. Bare metal cloud means that cloud-native applications are deployed in containers directly without the need for a virtualization layer between the hardware and the application.

Cloud native-based technology will be used as the basic structure of 6G core networks. SKT promised to strengthen technology capabilities and complete the infrastructure that includes 6G mobile communication, ultra-precise network technology, and AI technology by 2025.