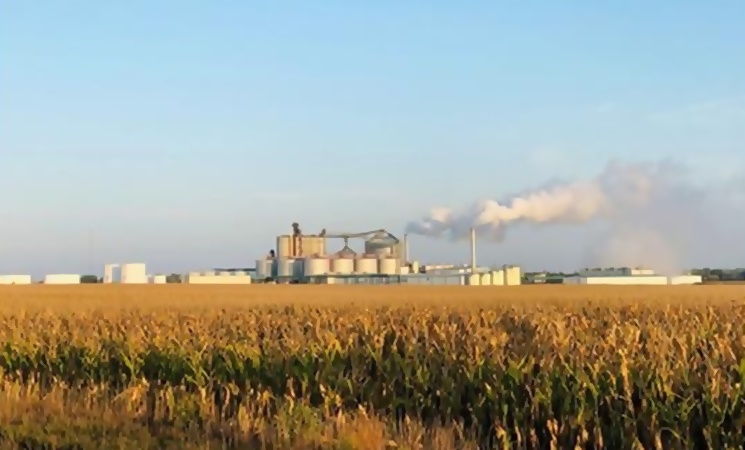 SK E&S Co., an energy unit of South Korean conglomerate SK Group, said Tuesday(May 10) it is investing US$110 million in a U.S. carbon capture and storage (CCS) project as it ramps up its push for its renewable energy business.

The project, joined by other American energy firms, aims to capture and store up to 12 million tons of carbon dioxide a year from 32 corn ethanol plants in five Midwest states in the United States, the South Korean company said in a release.

The construction of the carbon dioxide storage facility and the pipeline will begin in the first half of next year, with the start of commercial operation set for the second half of 2024.

With the investment, SK E&S will acquire a 10 percent stake in Summit Carbon Solutions, an Iowa-based biofuel and renewable energy company that is leading the project.

The carbon dioxide that will be produced from each plant will be transported to an underground carbon storage facility, set to be built in North Dakota for permanent storage through a pipeline of 3,200 kilometers, it said.

The project comes as the U.S. has implemented a renewable fuel policy since 2015 requiring at least 10 percent of ethanol to be added to gasoline in the blending process.

Bioethanol is used in many areas, like as motor fuel or industrial raw materials, but it is also blamed for generating a lot of carbon dioxide in the production process.

Under the aim of achieving carbon neutrality by 2050, the U.S. is offering various incentives for the CCS technology industry. Bioethanol produced through CCS can generate a carbon credit proportionate to the amount of carbon dioxide reduced.

SK E&S said it plans to create synergy with the partner companies through their experience in the biofuel business and pipeline operation know-how in the petroleum and gas business.

SK E&S, primarily engaged in liquefied natural gas, has been bolstering its drive in the renewable energy sector amid an industrywide shift to eco-friendly energy sources.

SK E&S has unveiled a plan to use CCS technology in its gas project in Australia to reduce its carbon emissions. It also plans to bring in the same technology to hydrogen production processes in the future to produce clean hydrogen at its domestic hydrogen plant that will be built in the country's central region.

SK Group has committed to cutting 200 million tons of carbon dioxide by 2030 as part of its efforts toward carbon neutrality.