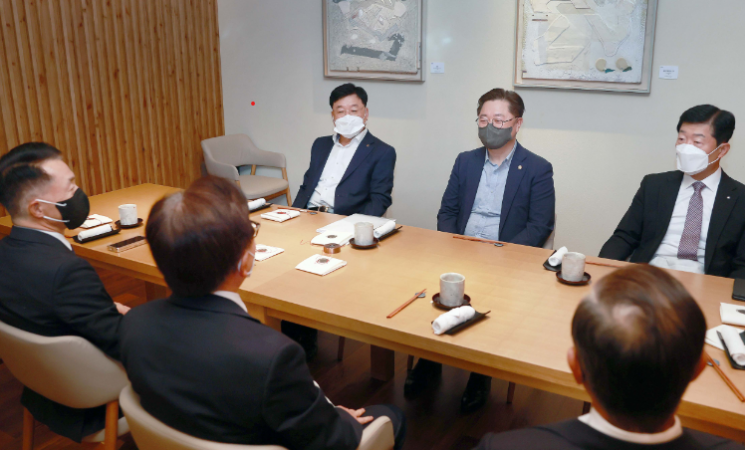 The South Korean government is getting the country’s 30 biggest energy consumers to join efforts to tackle the looming energy crisis this winter amid unstable global energy supply, exacerbated by the war in Ukraine and Korea’s growing trade deficit.

About 55 percent of Korea’s energy consumption last year was for industrial use, over 60 percent of which was consumed by the country’s 30 largest companies.

The government is set to sign a deal with those 30 companies, including Samsung Electronics, SK hynix and Posco next month to make them use energy more efficiently. The government is also mulling turning off lights earlier at tourist attractions and public buildings and lowering recommended room temperatures at state-funded agencies.

The companies signing the Korea Energy Efficiency Partnership 30 will seek to meet energy efficiency targets at their factories and other facilities, and the government is considering giving them incentives such as ESG (environmental, social and corporate governance) certifications in return.

Second Vice Minister of Trade, Industry and Energy Park Il-jun met with vice chairmen of the Korean Chamber of Commerce and Industry, the Federation of Korean Industries and other major business lobby groups on Monday to discuss ways to use less energy and deal with a revised bill on labor unions.

Park also met with representatives of trade associations for the semiconductor, display, electronic, steel, cement, automotive and oil industries among others last week, and asked them to join the movement to save energy.

Some 1,800 companies took part in a program to reduce city gas demand in February and March this year in exchange for cashback rewards from the government. This program will run again from October this year, and will be expanded to 16 million households nationwide from December.

The ministry also asked state-funded agencies to submit their energy conservation targets and plans for this winter. It is also considering lowering the recommended room temperature for these agencies from 18 degrees Celsius to 17 degrees Celsius during winter.