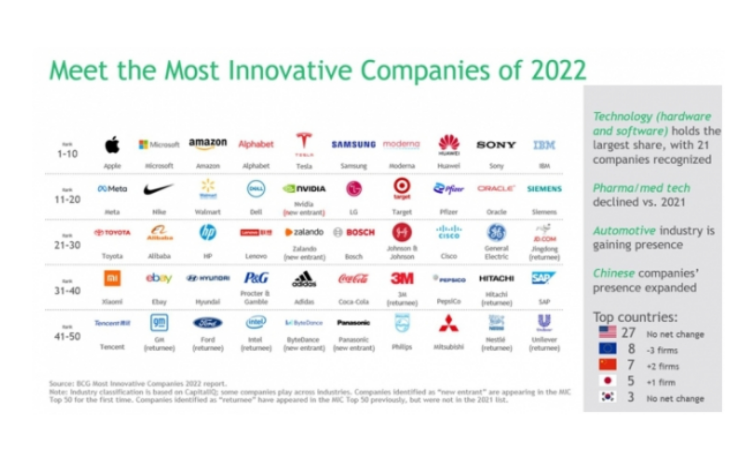 Samsung ranked sixth in the list of the world’s 50 most innovative companies for 2022 selected by Boston Consulting Group (BCG), a global management strategy consulting firm. BCG announced the standings on Sept. 15.

Since 2005, BCG has been selecting innovative companies based on a survey of 1,500 global corporate executives and total shareholder return.

Samsung came in sixth, the same as last year. Since the publication of the first BCG report in 2005, Samsung has been included in the top 50 companies every year.