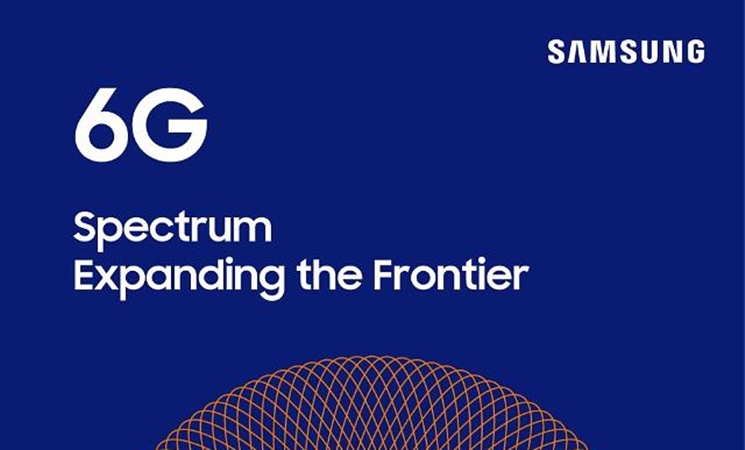 In a white paper, Samsung Electronics has proposed considering all available bands for 6G, from the low band under one gigahertz (GHz) to the high band in the 24-300 GHz range, saying the era of 6G is set to connect as many as 500 billion devices, with vehicles, appliances and even buildings being connected to a super-fast communications network.

GHz is a unit of frequency equal to one billion hertz. The mid-band within the 7-24 GHz range is a candidate that can support faster data speed and reasonable coverage, Samsung said, adding that the sub-terahertz (sub-THz) band in the 92–300 GHz range is being considered for support of ultra-high-speed data rate.

With the data transmission rate of up to one Tbps, Samsung said that real-time conversations with people on the other side of the world via holograms, as well as connected networks that support our vehicles, robots and even home appliances, are no longer going to be mere visions of science-fiction once 6G is commercialized.

"In a world where 6G technology is universal, those truly-immersive XR and high-fidelity mobile holograms, as once seen only in science fiction movies, will become possible," Samsung Research America's senior vice president Charlie Zhang said in a statement on May 8.

Samsung said its white paper also mentions the refarming of existing bands used for 3G, 4G and 5G networks to 6G operation as another way to obtain all the spectrum necessary for 6G.