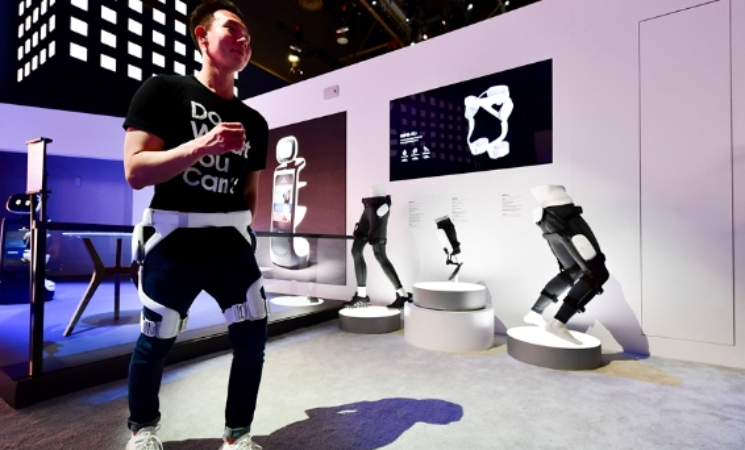 Samsung Electronics’ wearable walking assistance robot, GEMS Hip, is expected to come out in December at the earliest.

The Korean tech giant is very prudent about the launch of the product as it considers the GEMS series as the main lineup in its robot commercialization portfolio.

The product will be launched in regions where demand for wearable robots grows, such as Korea and the United States, and the company plans to launch two types of GEMS Hip, one for exercise and the other for medical use.

The internal design and commercialization review of GEMS Hip have already been completed, and its detailed specifications have been set. However, Samsung Electronics is mulling over the design of a mass-production version of the product. The initial batch of production is known to be 50,000 units. Experts expect that the production quantity will change according to market conditions.

Major parts are to be supplied by Korean companies. The final assembly will be handled by Intops, a manufacturing company which produces information and communication devices/parts, medical devices, and robots. Intops will procure parts from partners and provide comprehensive services such as production, assembly and after-sales services. The partners have completed technology development for the initial supply of parts for GEMS Hip, and will proceed with a delivery schedule according to Samsung Electronics’ decision.

Samsung Electronics is promoting a series of robots, including the housekeeping robot Samsung Bot Handy, the interaction robot Samsung Bot Eye, AI avatars, the food serving robot Samsung bot Serving, the customer service robot Samsung Bot Guide and the wearable walking assistance robot GEMS Hip. In particular, the company filed a report on GEMS Hip as a product to be worn on the hip joint to the U.S. Food and Drug Administration (FDA) in April.