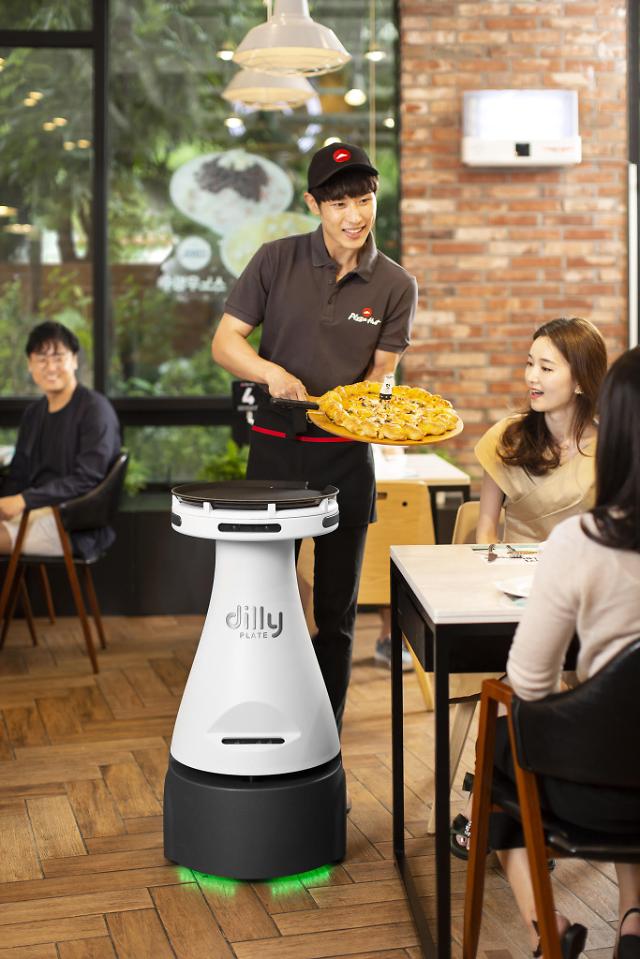 Following the test-run of an autonomous serving robot at a crowded food court in June, South Korea's top food delivery service will test-run a pizza serving robot for the first time in the country.

Woowa Brothers, the operator of food delivery service Baedal Minjok, said in a statement on Wednesday that it started a test-run of "Dilly Plate", a pizza serving robot, at a Pizza Hut store in western Seoul.

Dilly Plate is an autonomous robot shaped like a rook, a piece from the strategy board game of chess, which is about 100 centimeters (3.2 feet) tall and has a circular flat top so that a pizza plate can be placed on it. Dilly Plate also has sensors and wheels so that it can move around tables and customers to reach its destination.

"By using Dilly Plate, we expect our customers' satisfaction to increase as our servers can focus on their service while the robot carries food," a Pizza Hut official was quoted as saying.

The food delivery service will carry out the test-run until July 19 and use collected data to improve Dilly Plate. The company has started the development of the autonomous serving robots for restaurants and self-driving food delivery vehicles since last year. "We plan to commercialize our autonomous serving robots soon," a Woowa Brothers official said.