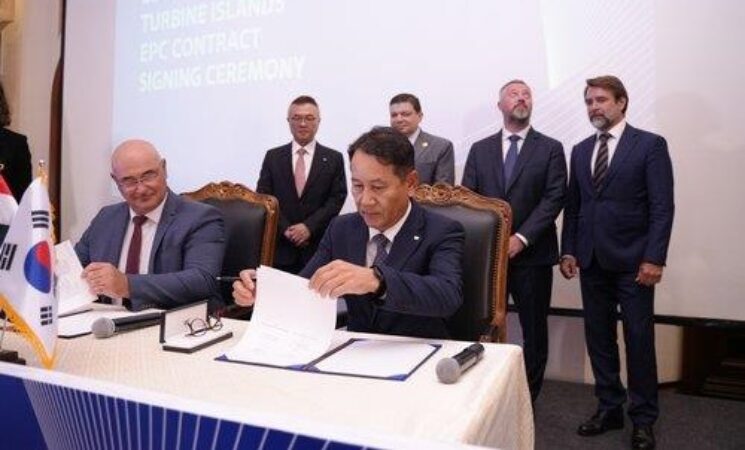 How to deepen energy ties was one of the major agenda items during a meeting in Seoul between Deputy Trade Minister Jeong Dae-jin and the EU delegation, led by the European Parliament's First Vice President Othmar Karas and Cristian-Silviu BUSOI, who chairs its industry and energy committee, according to the Ministry of Trade, Industry and Energy.

Jeong explained the Seoul government's active push to expand nuclear power generation and revive the industry, and stressed its willingness to work more closely with European nations that plan to introduce or manage nuclear facilities.

South Korea hopes to participate in major nuclear power plant construction projects in EU member nations, including Poland's program of building six nuclear reactors and the Czech Republic's project to rebuild an additional reactor in its southern region of Dukovany.

During the meeting, Jeong also asked for the EU parliament's attention to the impact that the United States' Inflation Reduction Act (IRA) would have on their carmakers, as the law excludes electric vehicles assembled outside North America from tax credits.

The IRA, signed by U.S. President Joe Biden in August, has caused concerns that Hyundai Motor Co. and Kia Corp. will lose ground in the U.S. market, as they make EVs at domestic plants for export to the U.S.

South Korea and such EU member nations as German and Sweden, among other countries, are major EV exporters to the U.S., and the Seoul government has sought joint responses with them to the discriminatory rules.