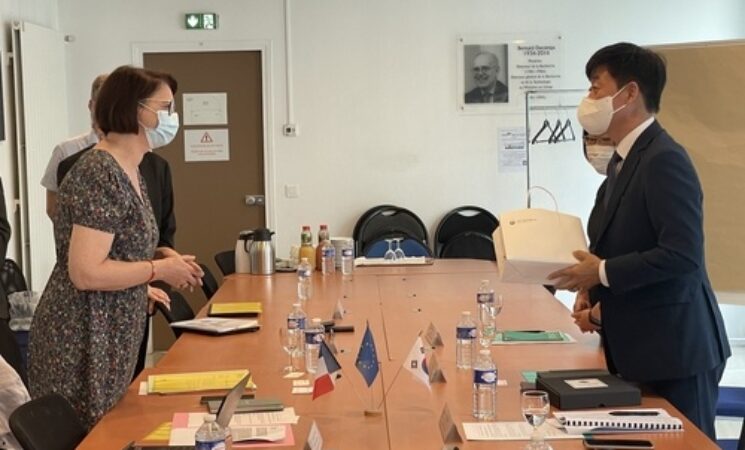 Oh also mentioned the holding of the Korea-France Space Forum next September, hoping for increased exchanges not only between the institutions of the two countries but also between companies in the field of the aerospace industry. France and South Korea will hold the 8th meeting of the Franco-Korean Joint Science and Technology Commission and discuss the details of these cooperations.

Deputy Minister Oh visited the same day the Computer Science Laboratory of the University of Paris 6 on the theme of research into quantum technologies and the Time-Space Reference System (SYRTE) of the Paris Observatory.