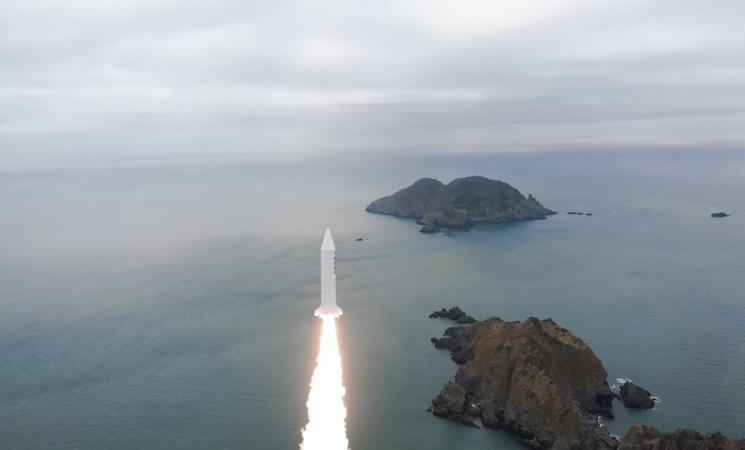 Seoul plans to transfer space technologies to private sector, but dismisses chances of dual use

Seoul “successfully” test-launched an indigenous solid-fuel space rocket for the first time last Wednesday at the initiative of the state-run Agency for Defense Development. The initial test was conducted to verify core technologies for space launch vehicles, including payload fairing and stage separation mechanisms, and upper stage attitude control system.

The development of a solid-propellant launch vehicle mainly aims to “put microsatellites and ultramicrosatellites into a low-Earth orbit,” a South Korean military official, who worked for a research institute under the auspices of the Defense Ministry, said in a closed-door briefing on condition of anonymity.

Solid-fuel carrier rockets have the advantages of being manufactured and developed with lower costs and “launched quickly” in comparison to liquid-propellant rockets.

South Korea plans to launch a microsatellite mounted on a solid-fuel space rocket in 2025 at the Naro Space Center in Goheung, South Jeolla Province, where South Korea has built a launch site for solid-fuel rockets.

The ADD aims to launch a solid-fuel rocket vehicle with a payload of 500 kilograms into a low-Earth orbit of an altitude of around 500 kilometers. South Korea’s ADD began acquiring technologies for a solid-fuel rocket before the government-funded Korea Aerospace Research Institute worked on developing a liquid-fuel rocket, such as the homegrown Nuri rocket.

But Seoul could begin technology application only after Seoul and Washington in July 2020 agreed to revise now-abolished missile guidelines and lift the restrictions on the use of solid fuel in a space launch vehicle.

Despite the setback, another official said that the “ADD has acquired world-class technologies for solid-propellant launch vehicles, including designing,” adding that South Korea stays ahead of North Korea in the related technologies.

Governments with advanced space technologies, including China, Europe, Japan and the US, have already simultaneously developed solid and liquid-propellant launch vehicles to expand their options to put various types of satellites into orbit. A liquid-fueled space rocket can carry medium and large satellites.

“Other countries utilize (technologies) and choose an option among two types of launch vehicles depending on their purpose. In this regard, we saw the necessity of developing a solid-propellant launch vehicle,” the first quoted source said. The military officials explained that a constellation of micro and ultramicro satellites can function analogous to a medium or large satellite.

The solid-fuel rocket has been designed to carry micro and ultramicro satellites for both civilian and military uses at lower costs, the official said, adding that such remote-sensing satellites are mainly to observe Earth and take photos.

The South Korean military, for instance, plans to put micro or ultramicro satellites into a low-Earth orbit for surveillance and reconnaissance.

A third unnamed official explained that the South Korean government’s initiative was inevitable, in light of the chances of failing in developing technologies, the consequential risks and the costs, with which private companies would find it hard to cope. Specifically, South Korea seeks to launch a space vehicle similar to the European-developed Vega, which has a mixture of solid-and liquid-fueled stages.

The ADD first plans to develop a four-stage space rocket that has three solid-propellant stages and an upper stage powered by a liquid-fuel engine. Then, the agency will look to develop a three-stage launch vehicle for enhanced orbital insertion accuracy and payload capacity.

Through the hybrid structure, Seoul can increase payload capacity in a relatively short period of time and reduce the costs of launching a space vehicle. But ADD officials have ruled out the possibility of a solid-fuel launch vehicle being used as a missile.

The first military official said the ADD did not consider dual use of a solid-fuel launch vehicle in the development process, although a missile and a space launch vehicle share similarities in generic technologies.

The direction to design a space launch vehicle and develop technologies differs from a ballistic missile, which requires atmospheric reentry technology and focuses on enhancing survivability to penetrate missile defenses. But cost should be a key consideration for launching a space rocket.

The official said a solid-propellant space rocket has never been used for a ballistic missile by any country in the past.