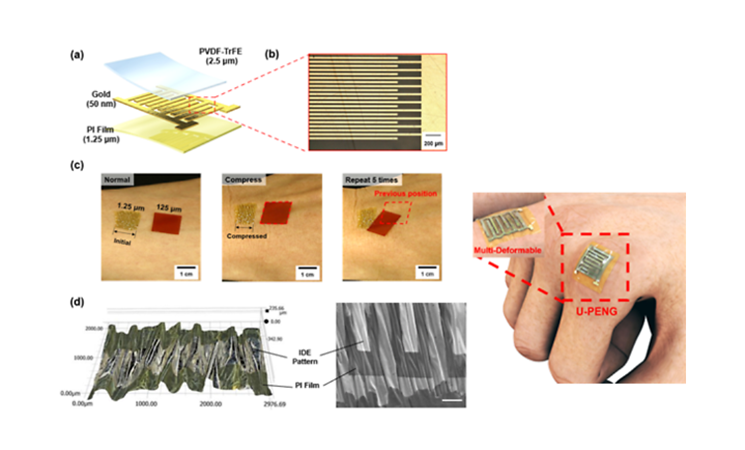 Researchers developed an ultra-thin and highly-efficient piezoelectric power generator that can generate electricity from the slightest movements of body parts. Conventional devices were bulky and they were unable to generate energy from small movements. The flexible device can adhere to the skin or other curved surfaces.

As demands for remote medical systems and wearable devices have increased, piezoelectric generators have garnered attention because they can produce energy from everyday body movements and supply electricity to power sensors that monitor biological information. However, the current piezoelectric generators are bulky and are made using harmful substances such as lead-zirconate-titanate.

The new device can produce energy regardless of the condition of the surface including the curved ones. It showed constant performance even after more than 10,000 times of deformation. The four micrometer-thick generator adheres to human skin without making the wearer feel uncomfortable. A micrometer is one-millionth of a meter.