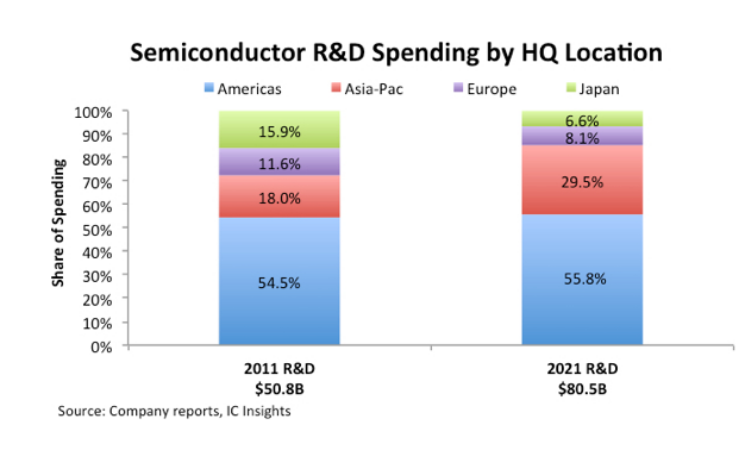 From 2011 to 2021, the annual R&D spending in the global semiconductor sector increased from US$50.8 billion to US$80.5 billion. U.S.-headquartered companies increased their R&D investment-to-sales ratio from 54.5 percent to 55.8 percent.

Still, the absolute amount of R&D investment of South Korean companies in the industry is relatively smaller. Intel’s R&D investment amounted to US$15.2 billion last year, when Taiwanese companies’ was US$11.7 billion.