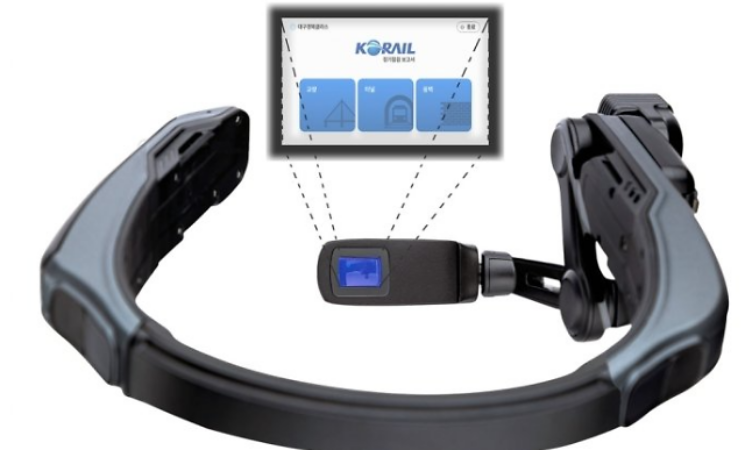 The smart device attached to a safety helmet can automatically check facilities as it operates through a voice recognition function and writes reports based on inspection results.

A worker wearing smart classes weighing 2.5 kilograms (5.5 pounds) can inspect facilities using a liquid crystal display and give orders by voice such as "take some photos here," according to the Korea Railroad Corporation (KORAIL). Through its voice recognition system, the device can transmit inspection results to the central server.

Currently, human workers inspect railway facilities manually. However, smart glasses handle the whole process at once and the central server manages the history of inspections. It improves the safety of workers as they can freely use their hands to prevent accidents. Sensors notify workers immediately in case of an emergency.

"We will take the lead in upgrading railway technology using artificial intelligence and the internet of things (IoT)," KORAIL CEO Na Hee-seung said in a statement on September 14. The railway operator will conduct performance analysis by distributing smart glasses to major sites in September 2022 and expand them to other areas in 2023.