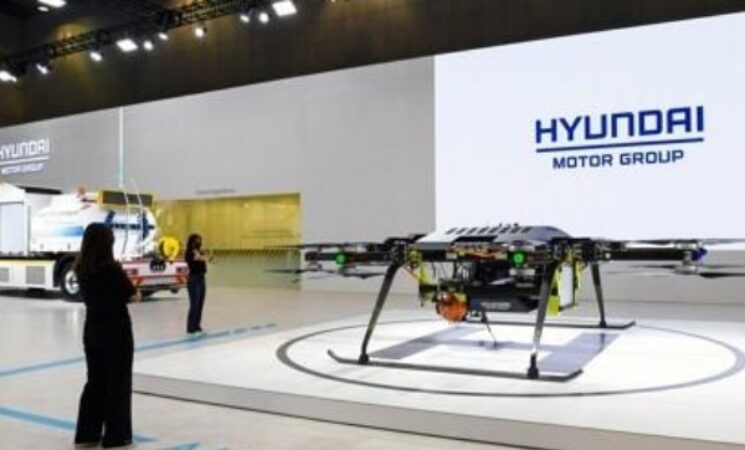 More than 200 auto and energy companies from here and abroad gathered at an international hydrogen show in South Korea on Wednesday, putting on display their latest technologies and visions on hydrogen, which is cited as a future energy source.

H2 MEET, an exhibition-to-conference event backed by Seoul, is onto its third annual session this year as a venue to highlight the current trends and explore ways to nurture the segment.

This year's show, set for a four-day run through Saturday, brought together 241 enterprises, public entities, government officials and private experts from 16 countries, including Canada as the guest country of honor for this year, Britain, the Netherlands, Australia, the United States and France, the organizing committee said.

"The South Korean government will work to establish a solid hydrogen economy ecosystem encompassing the whole cycle, from production and distribution to utilization, to promote the sector to a world-leading supergap industry," Prime Minister Han Duck-soo said in an opening speech.

Han also vowed to push for overseas projects for production and the adoption of hydrogen by foreign countries and promised efforts to build infrastructure necessary to ensure its safe distribution.

South Korea has declared a plan to cut greenhouse gas emissions by 40 percent of the 2018 amount by 2030 as part of its net zero commitment. A revised law on nurturing hydrogen and other renewable energies is expected to go into effect in December.

Hyundai said it plans to start the sales of the cleaning and sprinkler trucks next year.

It introduced a police bus that can run up to 550 km on 180 kW fuel cell stacks and a tug vehicle equipped with a 30 kW fuel cell power pack.

Doosan exhibited its mid-to-low temperature-based solid oxide platform under development, which is considered more advanced than the high-temperature one as the ability to operate at a lower temperature increases its durability as a fuel cell system.

The H2 MEET exhibition and conference is taking place at the Korea International Exhibition Center (KINTEX) in Goyang, just northwest of Seoul, until Sept. 3.

A series of conferences and forums for discussions on the current hydrogen industry trends and related issues are also scheduled to take place on the sidelines of the event.

The exhibition will be followed by a networking session for the participating entities and representatives to facilitate business deals, trade and other exchanges, according to the organizer.