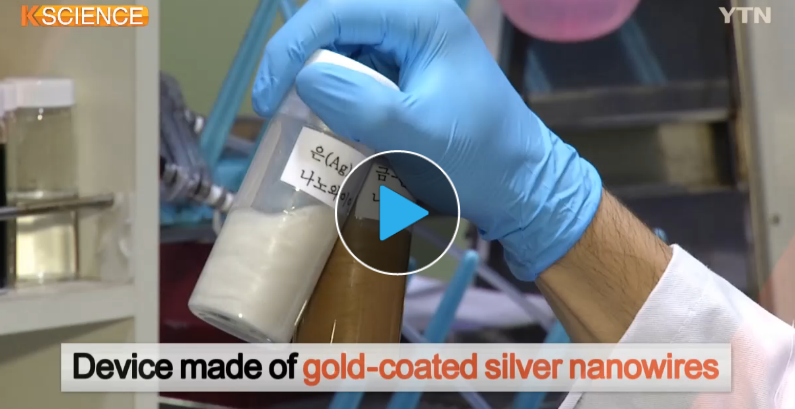 A white mesh material is wrapped around the heart.

This is a special mesh device developed by a domestic team of researchers for medical use.

The device has been developed not only to diagnose abnormal heartbeats or arrhythmia but also to treat heart failure.

Made of flexible gold-coated silver nanowires mixed with a type of rubber, the wearable and stretchable patch is highly elastic and conductive.

The research team carried out a test by fitting the new device on a swine heart, and the functions of the swine's heart returned to normal after getting electrical stimulations.

[Hyun Taek-Hwan, Ph.D./Researcher, Institute for Basic Science]
"Because its gold sheath prevents both silver's leaching and corrosion (caused by air and biological fluids), it (the new mesh device) has solved the problem of toxicity as well as improved conductivity.

The newly-developed device is expected to be employed in future therapeutic applications, such as pain relief, rehabilitation, and prosthetic motor control.