New bomb detector with simultaneous use of X-rays and neutrons 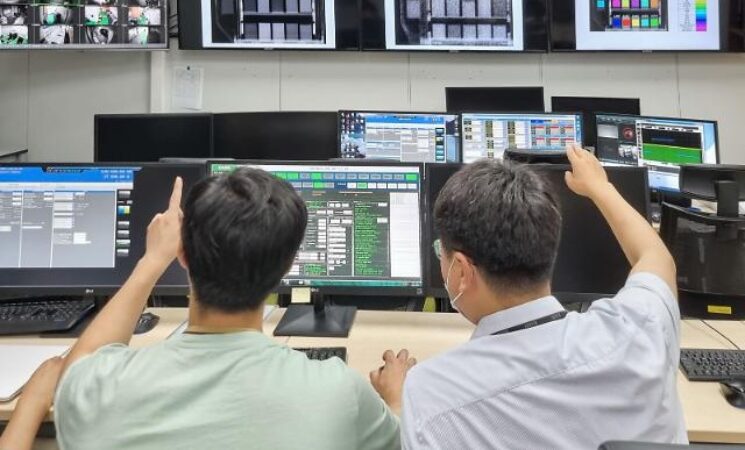 X-ray scanners are effective for airport cargo security checks, but they can only check the shape of cargo or simply distinguish between organic and inorganic materials. South Korean researchers have developed a complex radiation security detector that can distinguish 16 types of substances by using X-rays and neutrons at the same time.

The state-run Korea Atomic Energy Research Institute (KAERI) has cooperated with the Korea Advanced Institute of Science & Technology (KAIST) and Orbitec for a five-year state project to develop a security scanner capable of distinguishing 16 substances, including metals, nonmetals, minerals, and organic materials.

Using six megavolt  X-rays and 14.1 mega-electronvolt neutrons at the same time, researchers were able to visualize the results of material classification by designating unique colors for each substance, making it possible to quickly read whether it is an explosive or not. KAERI said the detector can search for LD3 standard containers that are most commonly used for air cargo within two minutes.

"The composite radiation security scanner is the only equipment in South Korea that can utilize megavolt-class X-rays and high-speed neutrons at the same time," Chae Moon-sik, a senior researcher at KAERI's Advanced Radiation Technology Institute, said in a statement on June 21. He said the scanner can be used as a test bed for physical property analysis, neutron analysis, and measurement research.

When irradiated on heavy materials, X-rays are not transmitting well. Neutrons have lower permeability if materials contain light elements such as hydrogen and carbon. Researchers have developed an algorithm that distinguishes materials by focusing on the difference between X-rays and neutrons in the degree of transmission for each substance. KAERI would carry out field demonstration research through consultation with airport operators.