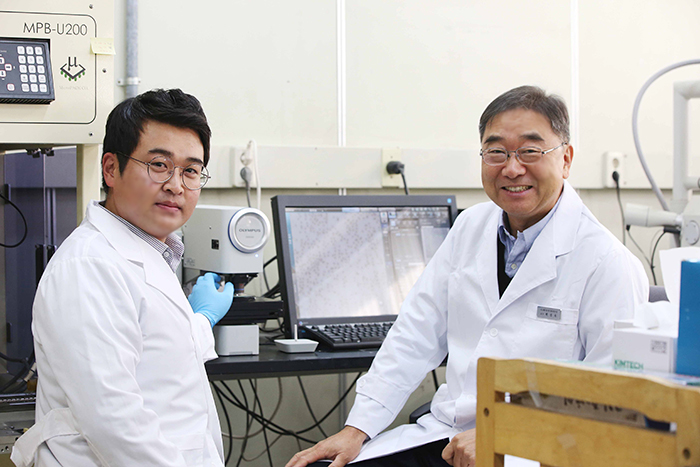 Researchers have moved to one step closer to realizing ultra-fine resolution for displays with a novel thermoplastic anchoring polymer layer structure. This new structure can significantly improve the ultra-fine pitch interconnection by effectively suppressing the movement of conductive particles. This film is expected to be applied to various mobile devices, large-sized OLED panels, and VR, among others.

A research team under Professor Kyung-Wook Paik in the Department of Materials developed an anchoring polymer layer structure that can effectively suppress the movement of conductive particles during the bonding process of the anisotropic conductive films (ACFs). The new structure will significantly improve the conductive particle capture rate, addressing electrical short problems in the ultra-fine pitch assembly process.

The team used nylon to produce a single layer film with well-distributed and incorporated conductive particles. The higher tensile strength of nylon completely suppressed the movement of conductive particles, raising the capture rate of conductive particles from 33% of the conventional ACFs to 90%. The nylon films showed no short circuit problem during the Chip on Glass assembly. Even more, they obtained excellent electrical conductivity, high reliability, and low cost ACFs during the ultra-fine pitch applications.

Professor Paik believes this new type of ACFs can further be applied not only to VR, 4K and 8K UHD display products, but also to large-size OLED panels and mobile devices.

His team completed a prototype of the film supported by the ‘H&S High-Tech,’ a domestic company and the ‘Innopolis Foundation.’ The study, whose first author is PhD candidate Dal-Jin Yoon, is described in the October issue of IEEE TCPMT. 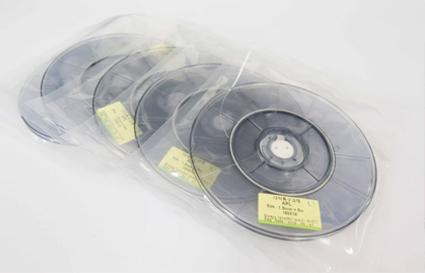