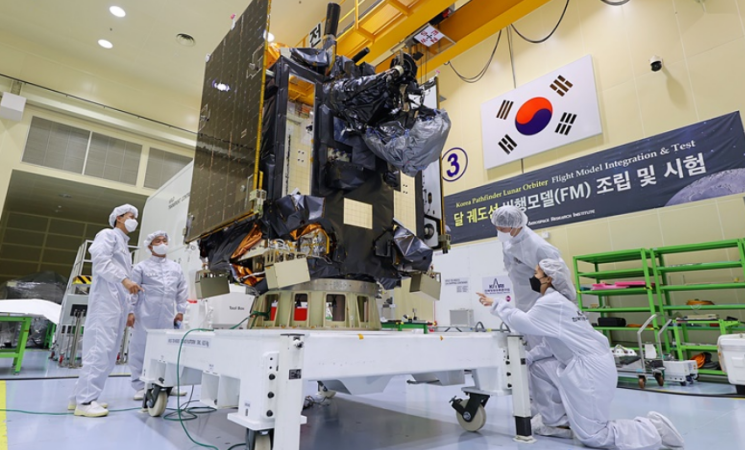 The nation's first lunar orbiter Danuri is set for liftoff on Aug. 5.

If successful, the launch will make Korea the seventh country to send such a craft into space after Russia, the U.S., China, Japan, the European Union (EU) and India.

Danuri's launch was originally slated for Aug. 3 but SpaceX, the American manufacturer of the Falcon 9 rocket to carry the orbiter into space, delayed the event after finding that additional checks on the projectile were needed.

The Falcon 9 rocket will be used for the launch. Having completed all preparations, the orbiter is being stored at the assembly test building of the Cape Canaveral station.

After being safely launched and entering its mission orbit, Danuri will complete a range of scientific tasks like exploring candidate sites for a lunar landing, searching for resources in the lunar south pole, measuring the moon's magnetic field and gamma rays, and verifying space internet technology

A livestream of the launch will be available on Aug. 5 from 7:45 p.m. on the official YouTube channel of Gwacheon National Science Museum.