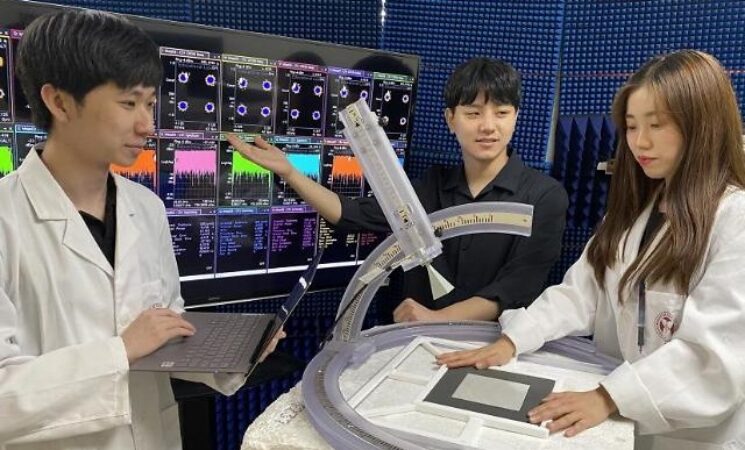 LG Uplus, a mobile carrier in South Korea, tied up with a research team from Pohang University of Science and Technology (POSTECH) for joint research on reconfigurable intelligent surface (RIS), a core 6G antenna technology that can expand the reception area of Terahertz waves.

RIS has emerged as a cost-effective technique that can enhance the spectrum efficiency of wireless networks. It adjusts transmission power according to the characteristics of radio waves and can improve the coverage of radio reception shaded areas by transmitting external signals into buildings or reflecting them at necessary angles to avoid obstacles.

Terahertz (THz) is a unit of frequency defined as one trillion cycles per second. 6G has a shorter transmission distance than 5G. Base stations should be built more closely than 5G to eliminate shaded areas. The 6G THz frequency band includes an enormous amount of available spectrums.

Through joint research, LG Uplus (LGU+) said it would produce and verify a prototype that operates RIS without power loss in the THz wave band. LGU+ has tried to verify the utility of RIS technology in cooperation with Kreemo, a domestic startup that provides practical and innovative antenna solutions.

"We have confirmed that RIS technology can be used in the actual mobile communication environment through verifying 6G RIS prior technology," Lee Sang-hun, head of LGU+'s network development division, said in a statement on July 18.

Researchers in South Korea have called for the early and pre-emptive development of 6G technologies. Companies have tied up with research bodies to secure core 6G technologies and achieve the world's first commercialization of 6G mobile telecommunication in 2028.

"We will pioneer a technology that controls the transmission and reception environment of radio waves in the THz band with infinite potential through the development of 6G RIS that does not require power consumption with LGU+," Hong Won-bin, a POSTECH professor of electrical engineering, was quoted as saying.