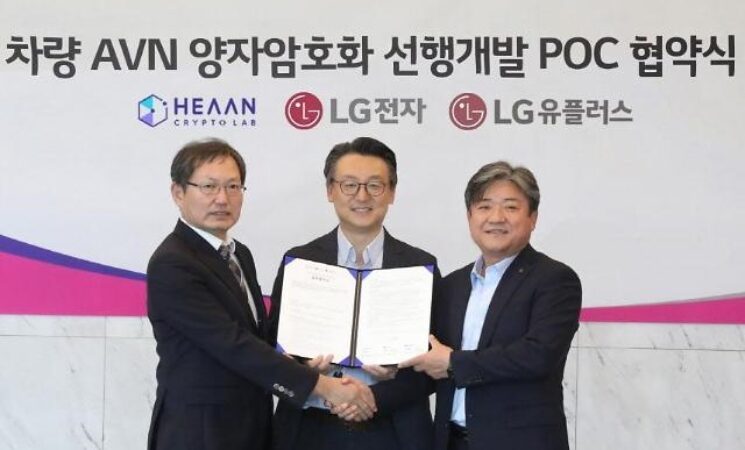 In the era of connected cars, the importance of cybersecurity is increasing. LG Electronics will raise the cybersecurity competitiveness of its vehicle component business using post-quantum cryptography (PQC) technology, which refers to cryptographic algorithms that are thought to be secure against an attack by a quantum computer.

LG Electronics will develop a prototype of an in-vehicle infotainment system using PQC technology that does not require separate network infrastructure to distribute cryptographic keys because it can be applied flexibility to different sections of wired and wireless networks that require encryption.

As different passwords are used for all IT-related hardware and software with many companies storing and processing numerous big data, a system to prevent the risk of hacking is important. Data encoded in a quantum state is virtually unhackable without quantum keys which are basically random number tables used to decipher encrypted information. Cryptographers are designing new algorithms to prepare for a time when quantum computing becomes a threat.

LG Electronics said it would strengthen cybersecurity by applying quantum-resistant encryption technology in various fields such as in-vehicle payment service, vehicle to everything (V2X), and an over-the-air (OTA) wireless update solution, which is a wireless communication technology for autonomous driving. V2X is a key autonomous driving technology that allows self-driving cars to communicate with other cars and on-road facilities such as traffic lights and pedestrian crossings.

"As the importance of automobile cybersecurity increases, we will internalize not only differentiated car component technology but also the highest level of security technology," Eun Seok-hyun, an LG Electronics official in charge of vehicle component solutions, said in a statement on October 5.