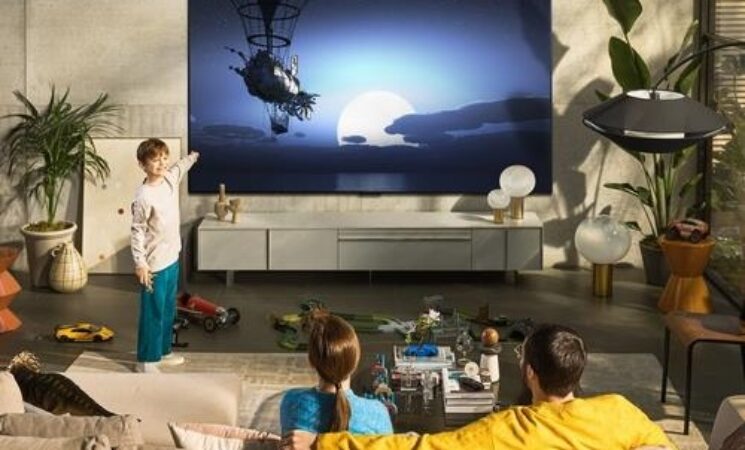 LG Electronics Inc. said Monday it will showcase the world's largest organic light-emitting diode (OLED) TV at the upcoming electronics show in Berlin, as it looks to expand its portfolio of large OLED TVs and solidify its leadership in the premium TV segment.

LG said it will unveil a 97-inch OLED TV, or the OLED evo Gallery Edition, among others, at the IFA 2022, set to open on Friday (local time) in the capital city of Germany.

The South Korean tech company said the model will be available in the market in the fourth quarter, the peak season for consumer electronics and home appliances amid holiday shopping.

OLED TVs' self-lit pixels can be turned on and off individually, leading to innovative form factors, such as flexible and rollable TVs, LG said.

The global electronics trade show will come at a time when global tech companies have been struggling to combat lackluster consumer demand after two years of a pandemic-fueled surge in demand for personal devices and home appliances. The Ukraine-Russia war, runaway inflation and expensive borrowing costs all added to the woes.

TV manufacturers have been doubling down on their push in the high-end, more profitable segment, where demand slowed down less markedly than in the budget category.

In the premium TV segment, in which TVs are priced at US$2,500 or more, Samsung Electronics Co. took up a 53.6 percent market share, followed by LG at 21.5 percent and Sony at 17.2 percent, according to industry tracker Omdia.

In the OLED TV segment, LG kept its solid No. 1 spot by selling 1.69 million units in the first half, about 62 percent of all global OLED shipments.

Omdia predicted OLED TVs will account for 55 percent of the European premium TV market this year. The figure is expected to rise to 66 percent by next year, it added.

OLED TVs accounted for 33.2 percent of all TV sales by LG in the first half.

Previous article Seoul targets half of new vehicles as autonomous ones in 2035 Next article S. Korea seeks active cooperation with EU on nuclear power generation