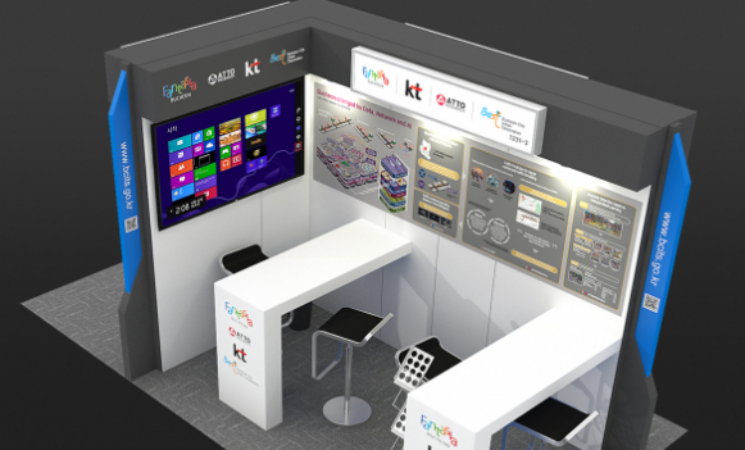 KT announced on Sept. 19 that it will introduce digital twin and AI-based intelligent transportation technology in cooperation with the Bucheon City government of Korea at ITS World Congress 2022 to be held in Los Angeles of the United States until Sept. 23 (Korean time).

The ITS World Congress is the most representative exhibition and academic conference in intelligent transport systems (ITS). It has been held annually, starting with Paris, France in 1994. Seoul and Busan also hosted it in 1998 and 2010, respectively.

At this year's event, KT will present the case of applying KT Road Twin, which was developed by the KT Convergence Technology Institute, to the actual traffic environment of Bucheon City and effectively improving the traffic volume at downtown intersections by optimizing the signal system.

KT Road Twin consists of a wide-area traffic simulator that virtualizes all real roads and traffic conditions and an AI optimal signal engine that derives an optimized signal by learning the traffic signal system in advance. To derive optimal signals, it is necessary to learn the changing traffic volume while adjusting more than 16 intersection signals by the second. But KT solved the problem by developing an AI program for over three years.

In addition, KT completed a demonstration using KT Road Twin together with Bucheon City and Bucheon Wonmi Police Station. Optimal traffic signals derived by AI was applied for two weeks from 6 am to 10 pm on a pilot road in Bucheon so average passing traffic increased by 4.75 percent to 8 percent.

KT and Bucheon City are expected to reduce traffic congestion costs by about 14.7 billion won and carbon emissions by about 1,000 tons per year based on the pilot road.