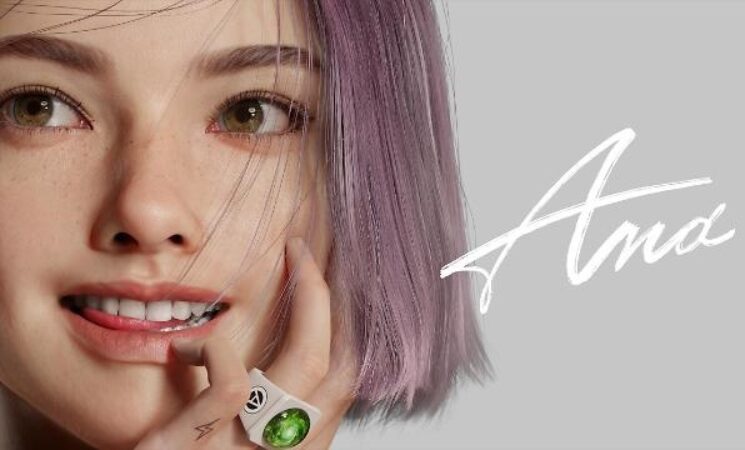 Krafton, the developer of popular online games such as "PlayerUnknown's Battlegrounds," released a teaser image of its first hyper-realistic virtual human named "Ana" that can delicately express the movement of the pupil, fine facial muscles, and wrinkles, with the entire body showing natural joint movements.

Krafton has leveraged artificial intelligence and Unreal Engine's 3D-based hyper-realism technology to create a digital character barely distinguishable from the real world and express the baby hair and soft hair of the skin in a realistic way. Deep learning technologies such as advanced voice synthesis allowed the virtual human to act and sing naturally like humans.

"Anna is a virtual human born with Krafton's differentiated technology and is expected to attract the attention and popularity of Generation Z around the world," Krafton's creative director Shin Seok-jin said in a statement on June 13.  "Ana will expand her activities to an influencer in various areas, including entertainment and sports."

Krafton said it would release detailed information such as images, videos, and Ana's worldviews sequentially in the second half of 2022.