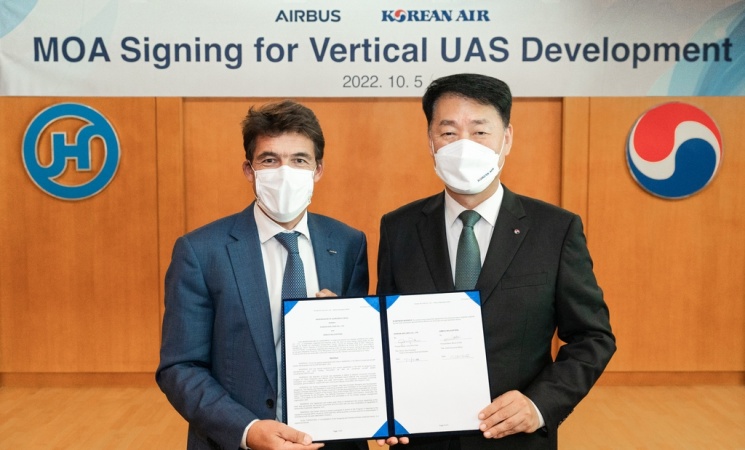 Under the technology partnership, Korean Air will develop an unmanned carrier-based helicopter and an unmanned helicopter for surveillance and reconnaissance purposes over South Korean islands near the western sea border with North Korea, the company said in a statement.

Korean Air aims to make presence in the world's unmanned helicopter market based on the partnership with the European aircraft manufacturer.

The national flag carrier has supplied aircraft parts to Airbus since 1987.