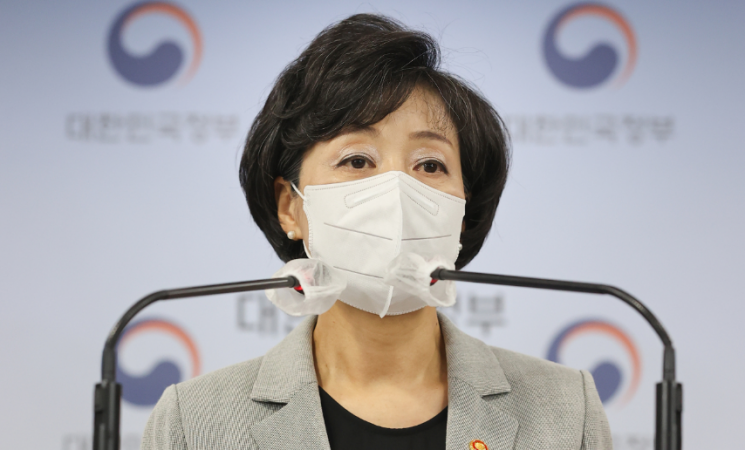 The government will lift restrictions on universities to train 150,000 people with expertise in the semiconductor industry over the course of 10 years, the Ministry of Education’s road map showed Tuesday(19 Jul).

The announcement comes less than a month after President Yoon Suk-yeol called for special measures to boost the semiconductor industry, including training the next generation of talent. The local chip industry has repeatedly pointed out shortage of manpower to be a problem as many experts leave for China or other countries.

In June, Yoon requested the ministry develop policies to expand the talent pool for semiconductor experts. The ministry rushed to the request, holding seminars, reallocating the education budget, operating a task force and additional measures.

As a result of the monthlong effort, the ministry announced its road map Tuesday to nurture 150,000 workers for the semiconductor field within 10 years. The road map was drawn up in cooperation with other ministries.

According to the Korea Semiconductor Industry Association, the local industry will require approximately 127,000 semiconductor workers within 10 years. In consideration of the need for “extra hands,” the Education Ministry has set its goal to nurture 150,000 new talents over the period.

“The number was set considering that the semiconductor industry is a field that can cooperate with other high-tech industries,” an official from the ministry said at a briefing. “Semiconductor experts can be useful in other industries.”

To nurture more talents, the ministry will lift restrictions on universities. For semiconductor-related departments, universities can ease the student quota as long as they allocate enough faculty.

Currently, universities in the greater Seoul area are categorized as population-concentrating facilities and are banned from increasing their student quotas under the Seoul Metropolitan Area Readjustment Planning Act, to maintain a regional balance.

The law will not be revised, but we can spare some seats in universities as we have tightened the quotas over the years,” the ministry said. “If necessary, we may look over the law revision with the Ministry of Land, Infrastructure and Transport.”

This runs counter to opposition from universities located outside Greater Seoul. With the government hinting at its plans to lift the student quota for universities, chiefs of universities outside of Seoul expressed strong disapproval of the plan, concerned the move will widen the gap between universities in Seoul and the rest.

The government, however, has decided to lift the student quota rule for all universities regardless of the region. It explained, it would support universities outside of the Seoul area with financial aid.

Part of the effort could be designation of “Graduate School of Semiconductors,” the ministry said.

Universities with excellent semiconductor education programs can be designated as “Graduate School of Semiconductors” and can receive special grants from the government.

The ministry, in recognition of the possible backlash from universities outside of Seoul added that part of the money from the recent education budget reallocation scheme worth 3.6 trillion won ($2.8 billion) won, will be used to help those universities.

Furthermore, as universities have complained about the difficulty of hiring faculty members for semiconductor-related departments, qualification standards on adjunct or visiting professors will be relaxed as well, allowing universities to hire experts from the field and foreign professors. The ministry will lift the upper limit for the wage of semiconductor professors and support research funds, hoping to lure more experts to schools.

In the long run, the interuniversity Semiconductor Research Center at Seoul National University will function as the hub of semiconductor education and research in Korea. The university research tower will be the control tower of research, education and training. Each region will have its own research center for semiconductor studies, establishing a national network.

The ministry also plans to run a boot camp for students who do not major in semiconductor studies to learn about the industry. Those who take part in the program will receive a “micro degree.” The degree is a certificate that shows the student have studied chips.

“We will work up a semiconductor education program for universities, allowing students to study chips at any universities,” the ministry said.