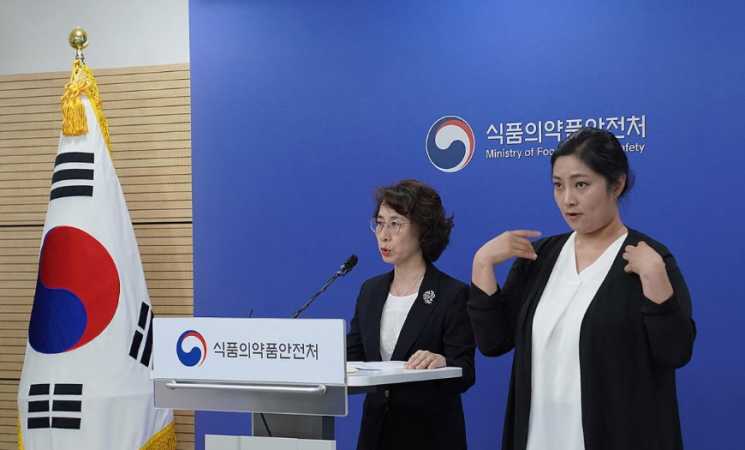 South Korea’s drug regulators are looking to announce the final approval of the country‘s first homegrown COVID-19 vaccine before the end of this week, officials said Monday(27 Jun).

According to the Ministry of Food and Drug Safety, the Central Pharmaceutical Affairs Council concluded that SK Bioscience’s request for the approval of SKYCovione‘s biologics license application could be granted in a meeting on the previous day. A total of 23 outside experts and regulatory authorities attended the CPAC’s gathering.

“We have three consultative bodies assessing COVID-19 treatments and vaccines. The first committee mainly reviews the data from clinical trials to assess the technical parts of efficacy and safety,” said Seo Kyung-won, Director General of the National Institute of Food and Drug Safety Evaluation, in Monday‘s briefing.

“Then, the Central Pharmaceutical Affairs Council looks at areas outside the clinical trials, including quality. Lastly, the final examination committee goes through all the previous assessments to ensure the necessary steps have been taken before the vaccine is approved,” she added.

The official explained that it is difficult to pinpoint when exactly the final approval would be announced as the final examination committee has not discussed it, adding that the authorities are doing their best to make it happen before the end of this month.

According to the Drug Ministry, SKYCovione showed superior results when compared to Vaxzevria.

Those aged 18 or older who received two doses SKYCovione’s administration with a 4-week interval had 2.93 times more neutralizing antibodies and demonstrated a 98.06 percent seroconversion rate, about 10 percent higher than the control group.

The ministry said Korea‘s first vaccine candidate was adequately safe based on clinical trials. The rate of cases with severe side effects stood at 0.5 percent, which was about the same level as the control group.

While highlighting that the approval of SKYCovione shows Korea can produce a vaccine from the early stages to the end product, Seo was careful when discussing how the homegrown vaccine will be utilized.

“(SKYCovione) being administered as a fourth do is something we still need to discuss with related ministries such as the Korea Disease Control and Prevention Agency,” she said.