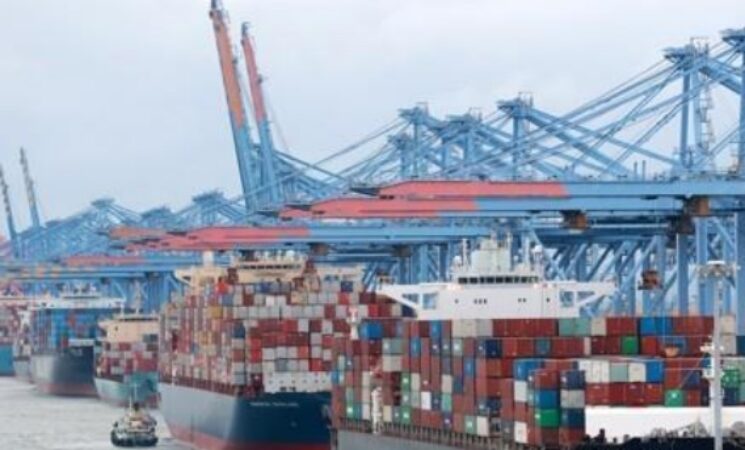 Outbound shipments of ICT products came to US$19.94 billion last month, up from $17.05 billion a year earlier, according to the data compiled by the Ministry of Science and ICT.

The figure marks the highest-ever tally for April since the government began compiling related data in 1996. In April, South Korea's ICT exports climbed at a double-digit rate for 13 months on end.

In the first four months of the year, overseas shipments of ICT goods came to an all-time high of $81.66 billion.

ICT imports reached $12.13 billion last month, up 12.4 percent from the same month a year ago, resulting in a trade surplus of $7.81 billion in the sector.

Outbound shipments of mobile phones inched up 0.2 percent to $1.24 billion, and exports of computers and peripheral devices spiked 58 percent to $1.76 billion.

In April, South Korea's exports rose 12.6 percent to $57.69 billion on the back of brisk demand for chips and petroleum products.