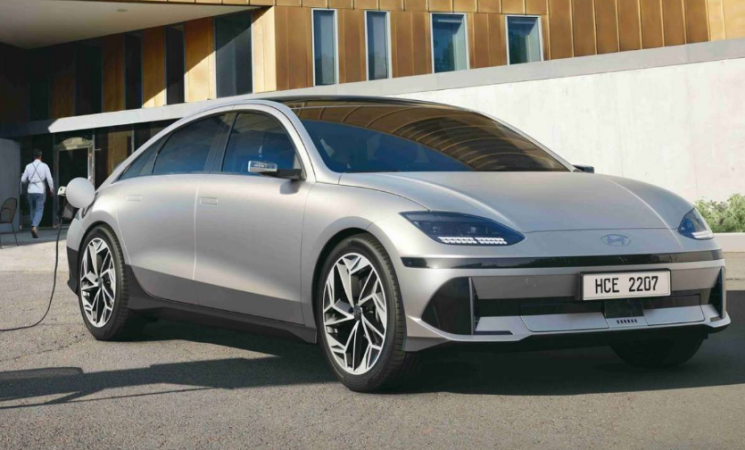 The Ioniq 6, Hyundai’s second all-electric vehicle that made its global debut at the Busan Motor Show on Thursday(14 Jul), has an energy efficiency of 6 kilometers per kilowatt-hour, the highest rate among EVs around the world.

The carmaker pointed to its EV-dedicated platform E-GMP with optimal heat, battery and power control systems and also its aerodynamic design as the most important contributing factors to enhancing energy efficiency.

The Ioniq 6 has an ultralow drag coefficient of just 0.21, assisted by its low nose, active air flaps at the front, wheel gap reducers and optional slim digital side mirrors, according to Hyundai.

Lowering the drag coefficient by 0.01 has the effect of increasing the battery capacity by 1.1 kWh while reducing the price of the battery pack by $20, according to market research company BloombergNEF.

Hyundai will start taking preorders for the Ioniq 6 from July 28, with an official launch planned for September. Its US debut is expected to be made in the first half of next year.

Although a longer driving rage on a single charge is still considered the key to competitiveness in the EV market, industry officials say that from now on the competition will shift to energy efficiency.

This is because battery makers have now been able to produce similar high-spec batteries, which means the onus is on carmakers to figure out how to use them to become more energy efficient.

To do so, carmakers are focusing on enhancing competitiveness in the energy efficiency of batteries together with battery makers, industry insiders say.

“Because there are limitations in expanding battery capacity due to cost and physical constraints, cars with higher efficiency will have a competitive edge over rivals,” one official from a local car manufacturer said.