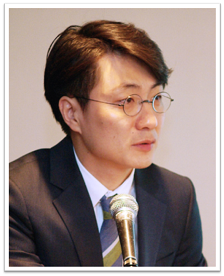 Once, Korea was a ‘far and disparate’ land to Europe according to the Journal of Hendrik Hamel, a Dutch sailor who spent thirteen years in Jeju Island(Korea) after a shipwreck in 1653.

Since then, however, we have witnessed considerable changes in status of both sides in the international society, which brought Korea and the EU(then, EEC) together to establish diplomatic tie in 1963. And in 2010, both sides agreed to see their relationship evolve to a ‘strategic partnership.’

The official partnership as regards the R&I areas was set up in 2007 by implementing the Korea-EU Scientific & Technological Cooperation Agreement. In this context, Korea-EU Research Centre(KERC) was launched in 2013 to promote the R&I cooperation between Korea and the EU, under the influence of Korean Ministry of Science and Technology and the National Research Foundation of Korea(NRF).

Our mission is to promote the R&I cooperation between Korea and Europe through various activities, from improving mutual understandings to creating opportunities for diversified match-makings and collaborations. It is cordially welcomed for researchers and institutes of both sides to utilize KERC as a hub for international cooperation. We invite you over to “A Bridgehead to enhance Korea-EU R&D Cooperation.”